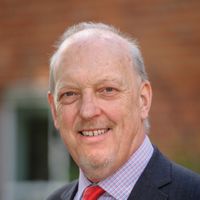 The Autumn Statement – the Budget in all but name - was full of “stealth taxes” on individuals, raising extra tax by freezing allowances etc. rather than increasing tax rates. This amounts to a very effective squeeze on taxpayers, many of whom will be paying significantly more tax by doing nothing, simply with increased incomes and capital values.

Dividend income is attacked in two ways, first through the extra 1.25% charge on dividends (left over from the Health and Social Care Levy -otherwise withdrawn), and second by cutting the tax-free dividend allowance from £2,000 to £1,000 in April 2023 and £500 in April 2024.

The freezing of income tax personal allowances until April 2028, and the reduction of the additional rate threshold from £150K to £125,140 means a lot of clients will be paying more income tax!

There is scope to plan carefully to use allowances effectively, and for spouses to consider how they share savings income, and the full use of ISA allowances for tax free income and gains is once again emphasised.

The current £12,300 AEA is going to seem fulsome, when it is reduced to £6K in April and then £3K in April 2024. Clients, and trustees, need to plan carefully how they use these AEAs, especially spouses who might re-think their realisation of gains, and the rates at which any CGT is going to be paid – 10/18% or 20/28%?

Simply by doing nothing, clients will pay more tax. So sensible planning by Wills, to use the NRB and the Residence NRB well, becomes even more important.

Also, many clients might consider making lifetime gifts – giving while living! To younger generations struggling with the cost of living.

Our recent survey into the bank of mum and dad highlights the increasing need to support adult children. Read more here.

Liz Truss has won the Conservative party election and becomes our new Prime Minister – so what this could mean in the world of tax?
John Bunker