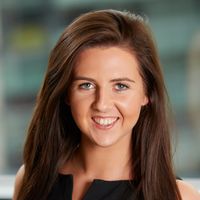 A recent case saw an executor held to be in contempt of Court by failing to comply with a Court Order directing him to administer an estate, resulting in a four month custodial sentence.

Mr Totton’s mother died in 2019 leaving a will appointing his as sole executor. As part of her will, half of her assets were passed to her grandchildren, Hollie and Daniel, being Mr Totton’s niece and nephew, in equal shares. After receiving nothing from the estate, Hollie and Daniel proceeded to take legal action and at the start of the year the Court ordered Mr Totton to provide details of the estate assets and thereafter to distribute the funds in line with the will. Mr Totton provided the estate details, however failed to distribute any funds, subsequently breaching the Order.

During the hearing, Mr Totton failed to give any explanation as to where the funds were, stating he’d been advised not to say so he did not ‘self-incriminate’ himself. The Judge however concluded that Mr Totton had ‘deliberately failed to comply with his duties as executor’ and sentenced him to 4 months in prison and to pay Hollie and Daniel’s legal costs of £18,000. However the Judge was willing to suspend the sentence and give Mr Totton one final chance to comply with the Order by a certain date. It remains to be seen whether Mr Totton will avoid a prison sentence by complying with the Order and distributing the estate.

Executors can be held personally liable if they breach these duties or by breaching court orders. As such, the role can be an onerous one. Whilst a prison sentence may seem like a drastic step, the law can allow for severe consequences when Court Orders are ignored.