Marriage Story (2019 film) portrays divorce as a war without choice. Directed by Noah Baumbach, and starring Scarlett Johansson and Adam Driver, Marriage Story tells the familiar story of separation and a family in crisis. The film shows a young couple who initially see nothing but good and love in the other. They admire and support each other’s ambition, they share a son, and despite now wanting different things, they want the best for each other. At least – that’s how it starts. Baumbach paints an image that the process of divorce and involvement of lawyers results only in things turning nasty. There’s a shift from two loving people, to people who become spiteful and conniving versions of themselves. They appear to be trapped in a system where war is the only option. This isn’t the case.

The characters cleverly draw the audience in, with neither portrayed as the ‘good guy’ or the villain. Their fears and behaviours are relatable. Both characters get infuriated over their different views on how life should look after they have separated.  On reflection, you could be either one of them. It could be any marriage.

The film captures the painful reality of divorce. It’s rare for both partners to get what they want. One household is cheaper than two, child arrangements slot differently into newly separate lives, and compromise is difficult when angry. Even when couples accept that they’ll make adjustments, there will be sacrifices that come to light during the process that they never even noticed when comfortably tucked up in married life.

Whilst the film captures the often raw emotional rollercoaster of reaching ‘settlement’, it depicts divorce as ‘death without a body’. It doesn’t show the professionals and opportunities available to reach an amicable middle ground – perhaps doing so would be less sensational. The film presents briefly two options, mediation or vicious lawyers – polarising the two positions.

Family solicitors and mediators shouldn’t sugar-coat separation. But they shouldn’t ‘fuel the fire’ either, as Marriage Story suggests. More and more couples are entering divorce seeking a fair outcome for both of them, and a friendship on the other side. The system is making big strides to facilitate this through alternative dispute resolution. With the arrival of “no fault” divorce in April, family practitioners are hopeful that the focus on amicable separation continues.

Mediation is perhaps one of the most common forms of alternative dispute resolution. There are many benefits to engaging in mediation though it’s likely to produce a less entertaining narrative than a court battle. It’s a criticism of the film that it doesn’t give mediation the coverage it deserves.

Mediation is the process through which a separating couple meet with a trained mediator. This doesn’t have to be a family lawyer. The meeting will discuss the issues arising from their separation, whether they’re financial or related to child arrangements. The purpose of the independent mediator is to work through the issues with the couple to hopefully reach a settlement.

Mediation is a fantastic way for couples to remain open with one another about the issues faced upon separation. Whilst it may be difficult, mediation often results in quicker, more cost-effective, and less emotional settlements than those handed down by the family courts.

Many separating couples attend mediation without first obtaining independent legal advice. Whilst it isn’t necessary to speak to a specialist family law lawyer before engaging in mediation, it’s recommended. A good family lawyer won’t dissuade you from engaging in mediation if it’s a suitable method for you to reach a settlement, which it usually is. Marriage Story’s Johansson and Driver in particular were the perfect couple for mediation. A good family lawyer will advise you of your legal position and explain the law. This allows you to enter into the mediation prepared, and with the best understanding of what can be compromised and negotiated on, to reach a fair outcome.

Mediators are trained differently to family lawyers. They’re on hand to help you discuss and resolve the difficult issues between partners. The litigation process rarely facilitates open dialogue between parties. This closed down approach can easily result in misinterpretations, and the other ugly behaviours portrayed in Marriage Story. It’s therefore worthwhile highlighting that for those who wish to maintain an open dialogue and reach an amicable settlement with their ex-partner things don’t always need to be like the movies. With the right support, mediation is a great place for separating couples to start.

You can find out more about our Mediation Support Service here. 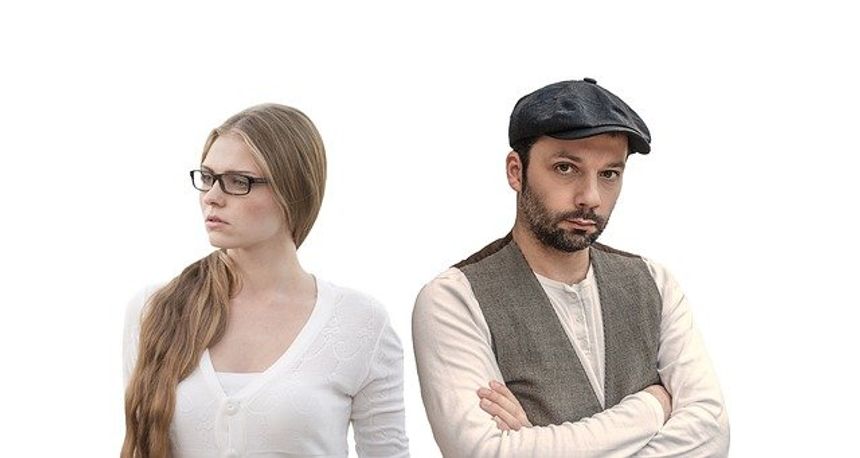