As family lawyers, we hear this far too often from separated parents describing their children's feelings. It is also one of the issues court welfare officers are trained to look out for when speaking to children. Recognising the signs of this complex dynamic early is crucial. This child’s explanation about her only being one person and feeling stuck is concerning as it shows she is struggling and may learn to cope with the emotional trauma in an unhealthy way.

We are all far too familiar with the common scenario of children, sadly, refusing to attend contact with a parent after their parents have separated. There are often ongoing issues relating to parental conflict which the children have perhaps inadvertently been exposed to. Sometimes, it becomes necessary for a court welfare officer to get involved and prepare a welfare report to explore the wishes and feelings of the children so far as they can be ascertained.

"Mum and dad would get angry with each other all the time. I would come downstairs to try and get in the middle of them, but they would just keep going." shares little Amy. Eventually, the family decide that it is for the best if her father moves out and her mother takes over the role of looking after her during weekdays. Amy will then see her father at weekends and during holidays. So far, so good I hear you say. But then, suddenly, things take a turn for the worse. Before you know it, Amy is refusing to see her father anymore. Although she is now struggling to identify anything positive about him, strangely, at the same time she is also struggling to explain anything negative about her time with her father. Amy's father is, understandably, devastated.

Experts say that the answer lies in what psychologists describe as a "defence mechanism". Older children, in particular, are normally able to show ambivalence when discussing their relationship with their parents and identify both positive and negative aspects. However, children who have psychologically split one parent into "all good" and the other parent into "all bad" can no longer do that. This happens when children cannot hold two realities in mind any longer because one parent's reality has created such unbearable pressure on them. Their response is a normal survival strategy when their parents have been unable to protect them from their own relationship issues and continued disagreements about contact and general parenting issues. Children can feel “caught in the crossfire”, develop concerns for the well-being of one parent and experience overwhelming stress themselves. These children are particularly susceptible to being influenced by their resident parent's thoughts and feelings, even if that parent does not openly express them. If picked up by the children, this may mean that they feel they need to align themselves with that parent to show loyalty.

Severing contact with one parent is a response to this stress as a way of coping and not because they do not wish to see their other parent. Amy has experienced the loss of her father from the family unit. It is common for a child to become more attached to the resident parent and having already lost one parent, she fears she will lose the other as well. When a child has experienced psychological splitting, they may in turn exaggerate weaknesses and shortcomings in the resisted parent as a means of justifying their rejection.

What are the repercussions?

Research is clear on the negative impact of these experiences on children. It is often the case that both parents have acted unacceptably in the past, putting their parental conflict before their children's needs. Where the conflict has continued since the parents have separated, there is a risk of emotional harm to the children if the parents do not change their behaviours. Children need to experience relationships with both parents and their extended family. This is a necessary part of their psychological development and the development of their identity. It is also very important for supporting their ability to form and maintain healthy attachments both in the present and in the future.

If contact with her father stops for Amy, in the long-term, this will be harmful to her. It will have a particularly negative effect on her self-esteem and she may become resentful towards her mother for the lost years.

What are the next steps?

One of the difficulties of situations where children resist or refuse contact with a parent is that the family is often already torn apart and polarised. When there has been possible trauma or abuse that is not severe, it may be in the child’s best interest to reintegrate with the resisted parent. This is especially if the child has presented as vulnerable and the rejected parent can take responsibility for their actions and the impact these have had on the child. Experts advise that it is important for the child to spend time with the rejected parent even if contact is stressful as long as it is not intolerable. Rather than avoiding contact, the child needs to be able to express any concerns they have to the rejected parent. That way the parent can address their concerns and support them. This, in turn, will assist the child with once again creating a positive belief system about the rejected parent.

In this situation, if contact progresses immediately, it can prevent further emotional harm and repair the breakdown in Amy’s relationship with her father. This needs to be supported vocally by her mother, so that she can develop a healthy and balanced narrative about her father again. It is essential that Amy's mother ensures that no discretion or negotiation about contact is left to Amy. Experiences of safe contact can support Amy to effectively process her emotions and anxiety about her past experiences with her father.

Going forward, these parents need to ensure they do not expose Amy to any further parental conflict. This is essential in order to protect her from increasing her distress. It will also stop strengthening her rejection process by setting the resident parent as a victim and the resisted parent as a perpetrator.

There is extensive support available from professionals to parents who find themselves in this kind of situation. It is of upmost importance that this problem is nipped in the bud in the early stages before it escalates any further. 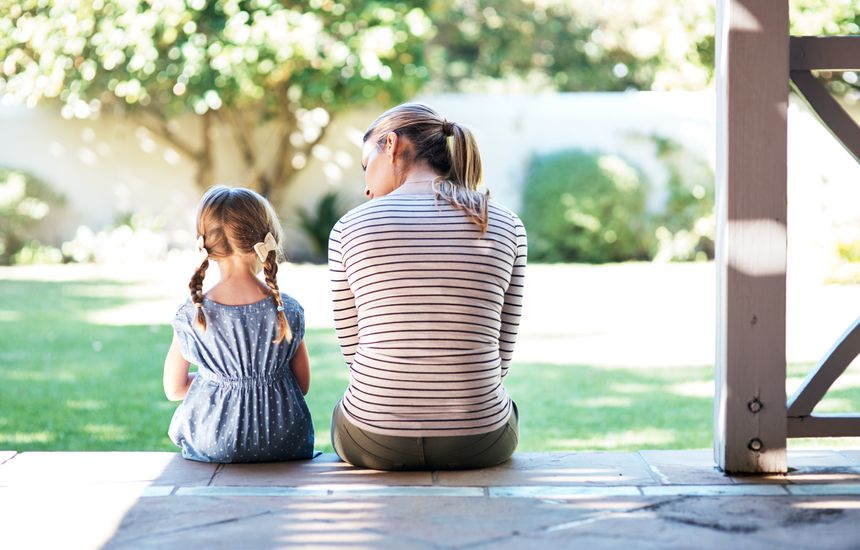