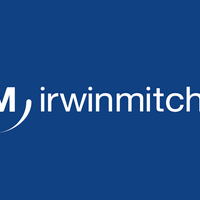 There is an alarming loophole in the law, leaving those who are vulnerable at risk of being exploited through marriage. But what exactly is a ‘predatory marriage’, and how can you protect yourself and those you love from falling victim?

A predatory marriage is where a vulnerable person is targeted by someone who wishes to gain financially by marrying them, using the marriage as a mechanism through which they can exploit the victim’s resources. Victims tend to suffer from conditions which impair their cognitive function, impacting their ability to fully understand and agree to the arrangement, or appreciate the consequences of the marriage.

It may come as a surprise that the capacity threshold for those who wish to marry is lower than the threshold for making a new Will, which essentially means it’s easier to get married than to make a new Will. Then when we realise that a new marriage automatically revokes a previous Will, it’s clear that there is plenty of scope for people to be exploited. Unless a new Will is drawn up post-marriage, the entirety of the deceased’s estate will generally go to their new spouse. The victim may have wanted to leave everything to their family, and be unaware that under intestacy rules, unless they prepare a new Will to that effect, their family will receive nothing. The new spouse has everything to gain.

In a typical case, someone who is significantly younger seeks out a vulnerable, older person, and starts a relationship in secret. The victim’s relatives only become aware of the relationship when it’s too late and the couple are already married. In some particularly upsetting cases, the family only discover the marriage once their relative has died and they are resolving matters of their estate. The new spouse can use their position to isolate the victim from their them from their loved ones in their final years, spend their money, live with them while making no contribution to expenses, and when they die, inherit from their estate. They can even exclude the family from input into their loved one’s funeral wishes, which only adds to the grief and hurt which family members will feel.

With an estimated 850,000 people in the UK suffering from dementia (predicted to rise to 1.6 million by 2040) and an aging population, unless the law changes, the problem is only going to get worse.

Joan Blass was one such victim of a predatory marriage. She was an elderly lady who suffered from vascular dementia, whose marriage to a 68 year old man was only discovered in the days after her death. Her family have since been campaigning for the law to change, to stop this from happening to other people. There is now a growing call for law reform along with practical safeguards to protect the vulnerable.

Proposals for reform include changing the law so that a marriage does not automatically invalidate a previous Will. This would mean that if someone wants to leave their estate to their new spouse, they will need to proactively take the step of making a new Will, and pass the capacity test for doing so. Making predatory marriage into a criminal offence would be a deterrent for would-be perpetrators.

Once the marriage has taken place, it’s very difficult to challenge and unpick it, and this typically involves a lot of time and expense for the victim’s family. Prevention is always better than cure, so proposals to put some mandatory practical safeguards in place would be hugely beneficial. This could include specific training for registrars so that they are better equipped to spot the warning signs of a predatory marriage and put a stop to the wedding. Also, making it easier for families to discover a planned marriage would another protective measure, by moving away from the old-fashioned paper notices and banns to an online system which can be easily searched. It’s also proposed that there should be pre-marriage checks for any existing Powers of Attorney, and if there is one in place, the nominated person should be informed of the proposed marriage.

We hope that law reform will ultimately help to prevent the exploitation of vulnerable people who urgently need the protection of the law.

Our Family Law team are happy to help you. New Year, new divorce? Some tips on how to put children first during a separation
Irwin Mitchell Private Client

The Treasury's responses to the OTS recommendations are in - but what made the cut?
Irwin Mitchell Private Client

"Just stick me in the back of a Land Rover and drive me to Windsor." - The issue of funeral arrangements
Nicola Hawkins