Written by Alice Robinson, paralegal and Richard Smaller, solicitor in the Will, Trust, and Estate Disputes team

The general costs position in contentious probate proceedings is that the loser will pay the winner’s costs – often tens (if not hundreds) of thousands of pounds.  But what happens when a defence to a probate claim is abandoned mid-trial?

The recent case of Goodwin v Avison looks at the types of cost orders that a judge can make in contentious probate cases and also answers the question of who should bear the costs when a will challenge is withdrawn during trial.

Mr Goodwin was a Yorkshire farmer who died in 2018 leaving a multi-million-pound estate.  He made a number of wills throughout his lifetime and it would seem that the named beneficiaries of his estate would depend on who was in his good favour at the time.

In 2017 Mr Goodwin made a will with the help of the then-girlfriend of his son Gary.  After his death, following accusations from Mr Goodwin’s daughter Jacqueline that the 2017 will was invalid on the basis that it (a) lacked proper execution, (b) lacked knowledge and approval from Mr Goodwin and (c)was as a result of undue influence from Gary, Gary issued proceedings seeking declaration in favour of the 2017 Will.  Jacqueline and other family members defended the claim and asked the court to find the 2017 will invalid and that the last valid will of Mr Goodwin was his previous will, executed in 2005.

On the sixth day of the trial the defendants informed the judge that they no longer wished to challenge the validity of the 2017 will and withdrew their defence to the claim.  The issue then became the cost implications in respect of the legal fees incurred.

The general rule is that the loser pays the winner’s legal costs - known as “costs follow the event”.  However, in contentious probate cases it is open for the trial judge to order that costs are recoverable from the estate; that the unsuccessful party should have their costs paid by the successful party in any event; or that there should be no order as to costs.  This decision needs to be made within the boundaries of already established principles. These principles are broad and are applied on a case-by-case basis.  The defendants argued that, although they had, in effect ‘lost’, they should not have to pay the legal costs of the other side.

The defendants argued that through his unusual behaviour prior to his death, Mr Goodwin had given them cause to be suspicious and defend the claim, and so it should be his estate that pays the legal fees – following a nineteenth century case of Spiers v English.  The judge held that there was no case for saying Mr Goodwin was responsible for this litigation and therefore the defendants would have to pay those costs.  Furthermore the judge stated that there were no reasonable grounds for raising the issue in respect of the execution of the will in the first place.

The defendants also argued against paying the fees relating to the undue influence and lack of knowledge and approval claims and asked the judge to order that everyone should pay their own legal fees.  The judge held that there were no reasonable grounds to raise either of these claims and nor were these issues were these claims caused by either Mr Goodwin or Gary to the extent that it would make it appropriate for the costs to be paid from the estate.

This case shows that following the trial of a contentious probate case, interesting arguments can be raised as to liability for costs. Whilst it is true that the general rule that the loser pays the winner’s costs can be varied at the discretion of the trial judge, in this case, the Court was firmly of the view that, as the successful party seeking a pronunciation in favour of the Will, Gary as claimant should be entitled to recover his costs from the defendants.

Disputes over wills and inheritance can be emotional and are often based on mistrust between the parties. However, clear and unequivocal advice must always be given to litigating parties about the costs risk that engaging in this sort of litigation brings with it. 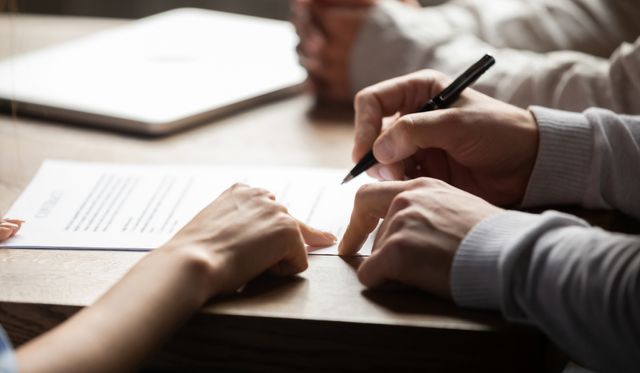