Decisions on exam grades can can have a significant impact on the child’s educational progress and life chances. Therefore the process for appeals must be robust and compliant with public law principles of fairness and reasonableness. Equality law also has to be borne in mind when applying a fair appeals process.

Jennifer Wright, one of our education law specialists, has set out below the key points schools/colleges need to be aware of in respect of this year’s appeals process.

A key difference from last year’s exam appeals process is the introduction of ‘priority’ appeals for students. This priority process is intended for students applying to higher education who did not attain their firm choice (i.e. the offer they accepted as their first choice), and want to appeal an A level or other Level 3 qualification result. Schools/colleges will need to move more quickly to respond to appeals submitted by these students.

The relevant dates for priority and non-priority appeal processes are as follows:

Any student requesting a priority appeal must include their UCAS personal ID with the appeal application for it to be processed as such. They should also notify their higher education provider that they have requested an appeal at the earliest possible opportunity.

The 2021 summer exam appeals process is split into three stages.

Stage 1 is a review to be completed by the centre which submitted the grade(s). This stage must be completed following publication of results, and before an appeal can be submitted to the AO (stage 2).

A student can request a centre review of the grades awarded to them on the basis of one on the following grounds:

The JCQ guidance referred to above has a number of helpful appendices to refer to:

The JCQ guidance highlights that an appeal challenging a procedural or administrative failure may focus on the following issues:

If a centre finds there has been a procedural failure or administrative error as a result of the review, the centre needs to consider if this error affected the grade submitted to the awarding organisation (‘AO’). This could result in a change to the grade (lowering or raising), or the centre may decide that despite an error of this kind being identified there was no impact on the grade awarded, and the grade should remain the same. Students submitting a review must be alerted and consent to the possibility of change in their grade (in any direction) resulting from the process.

The review may highlight other students who have been impacted by the same issue. They may not have consented to having their grades lowered unless they have separately submitted requests for reviews. In such cases, a centre must carefully consider the impact of lowering all of the affected students’ grades before requesting the AO to do so. The guidance states that in most instances it will be appropriate to lower the grade, as not to do so could have an adverse impact on public confidence. Centres should refer to Appendix D[1] of the JCQ guidance for how to proceed in such cases.

Any appeal to the AO must be submitted on the student’s behalf by the centre that carried out the review, with the consent of the student. A refusal to submit an appeal for a student could be considered malpractice, and investigated by the AO as such.

Regardless of whether or not a procedural or administrative failure was found or there was a grade change as a result of stage 1, all students have the right to go on to submit an appeal to the AO. This is a change from last year, where a centre had discretion as to whether/not to submit an appeal in response to a student request.

An appeal should only be submitted after they student have received the outcome of their centre review, and must be submitted to the centre who in turn submit it to the AO. Once the centre has submitted the appeal to the AO it should confirm this to the student. This completes stage two in the appeals process.

Students can request an AO appeal on slightly broader grounds then under stage 1. A centre must submit an appeal to the AO if the student considers that there has been:

- the determination of that TAG from the selected evidence (i.e. holistic         judgement)

When a student appeal is submitted, the AO will need to see information on the following:

The JCQ guidance contains more detail on the requirements in relation to different grounds of appeal.

Consideration of an appeal by the awarding organisation

When an application for an appeal is received, the AO will decide whether or not to accept it for evaluation. The JCQ guidance provides further information on what criteria an AO will consider when making this decision, to which students can be referred. If the AO agree to consider the appeal, depending on the grounds submitted by the student they may assign the appeal for evaluation either to a member of their staff and/or to an independent reviewer. Where there are multiple grounds of appeal, an appeal outcome will only be reported when all submitted grounds have been evaluated.

The AO will either reject (disallow) or uphold (allow) the appeal in whole or in part. The fact that an appeal has been upheld (allowed) can result in a grade change for the student, but it also may not.

Where the awarding organisation:

they will report these findings to the centre and direct them to review the TAG. The centre must then inform the AO if it believes there should be a change to the grade. An AO may impose a grade change.

Key points from the JCQ guidance which should reassure schools/colleges about the appeals process are as follows:

Following the conclusion of the AO's appeal process, a student who remains concerned their grade was incorrect may be able to apply for a procedural review to the Exam Procedures Review Service (EPRS) from the relevant regulator. There are EPRS processes for Ofqual (England) and Qualification Wales.

Ofqual has published guidance on the terms of reference for the EPRS for summer 2021. Those can be found here.

Other routes of redress

Students should also be made aware of the following avenues of redress:

Any student who wishes to raise a complaint should do so in accordance with the school/college’s complaints procedure. This might include where a student believes that the centre’s decision to withdraw an entry due to insufficient evidence on which to determine a TAG, or not to make an entry in the first place. The complaints process is not appropriate for seeking a review of a grade/s – a request of this kind should be processed in accordance with the appeals process set out above.

It has been confirmed that the government intends there to be, once again, a further exam series in Autumn 2021. Students unhappy with the results awarded to them this summer and wanting to improve their grades may want to consider entering for the Autumn exam series.

Judicial review is a remedy of last resort. Alternative means of challenging grades through the appeals process would need to be exhausted before a judicial review claim could be made.

When applying the appeals procedure all parties must keep a careful record of the information considered, judgements applied and reasons for the decisions made.

Our education solicitors can advise parents, schools, or colleges on any aspect of the exam or appeals process. Contact us today to find out more. 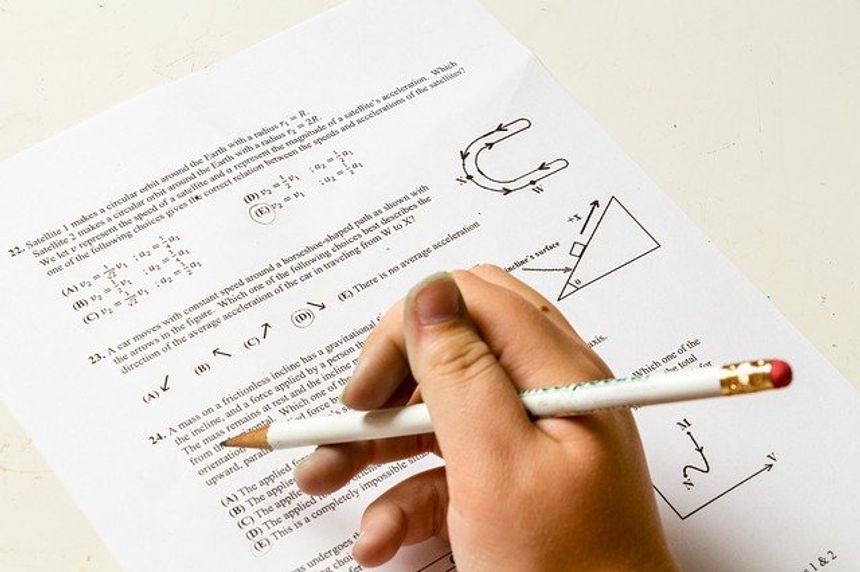