English family lawyers will tell you it is trite law that inherited assets are not automatically ring fenced on divorce, but nor are they necessarily treated the same way as matrimonial assets (those that have been built up by the couple during their marriage).

Writing a book on the topic over lockdown gave me the opportunity to explore some of the ways the courts have approached the financial arrangements of a divorcing couple where inherited wealth is involved. Putting it simply, the assets which are “matrimonial” (built up during the marriage) will usually be shared between the parties, while inherited assets will tend to be “non-matrimonial” and will be shared to the extent necessary to achieve a fair outcome (which may be not at all). However this is often far from a simple distinction.

There are really two parts to the court’s approach. Firstly establishing the extent and value of the wealth which is to be classed as non-matrimonial. That might sound straightforward, but just because wealth has been inherited does not mean it all remains non-matrimonial. This will come down to questions of timing and how the property has been treated. For example has it been kept entirely separate by the person who inherited it, or has it been mingled with family money, used to support the family or grown by virtue of joint endeavours? Inherited property can become “matrimonialised” as a consequence of the way it is handled.

The court has to determine the value of the assets that should be classed as matrimonial. This can be particularly difficult with a business. If it is inherited before the marriage but then increases in value during the course of the marriage, at least some of the increase is likely to be matrimonial – but assessing how much is not necessarily easy.

Just before I was due to submit the text to the publishers, a judgment was handed down which I reference in the book but which I would have liked to have had more time to reflect on. This is the case of WX v HX (Treatment of Matrimonial and Non-Matrimonial Property) and it illustrates the importance of how property is treated by the family during the marriage.

The husband brought wealth to the marriage in the form of shares in a family company which he structured in a tax efficient way and “churned” in order to provide financially for the family. The wife came from  a wealthy family and she had money in  family trusts. The husband who was a successful banker had helped to manage the wife’s fund, but while the wife had used some of the income for the benefit of herself and the children, the fund had otherwise remained separate.

This is of course a simplification of a case with many different elements – the total assets were between £50m and £60m excluding further millions which had been put into trust for future generations and it was agreed were not available for distribution between the parties, and the judgment runs to some 74 pages.  The judge conducted a careful analysis of the way the various assets had been used and treated, but another judge might well have reached a different conclusion.

Those who seek greater predictability would be advised to keep matters away from court and ideally have a pre or post nuptial agreement which affords greater certainty and can save many thousands of pounds in costs.

For more information, to buy, or to read a free chapter of Hayley's book visit the website here. 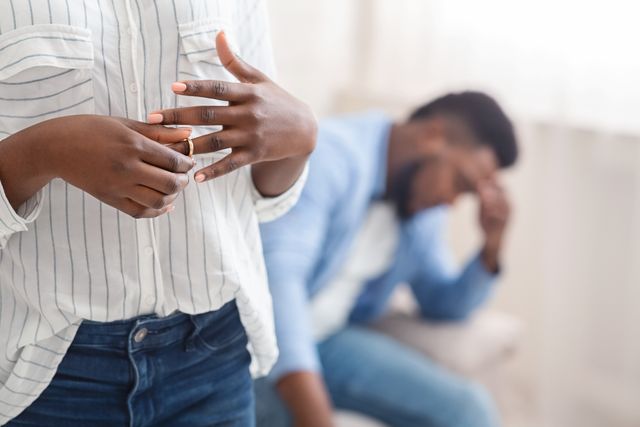