The concerns of campaigners, doctors, carers and claimants continues to grow over delays to a Government promised overhaul to benefits guidelines for those with a terminal illness by the Department of Work and Pensions (DWP).

Currently those with a terminal illness are only entitled to have their benefits claims fast tracked and paid at enhanced rates if they can provide medical evidence that they only have 6 months to live.  Individuals suffering with a terminal illness with no definite life expectancy or a life expectancy longer than 6 months face the gruelling task of completing 3-yearly review forms to reapply for their benefits, involving a full re-assessment of their claims and entitlement. This is a process that often results in individuals being given lesser awards or having their claims discontinued due to a lack of understanding into their complex conditions under the current guidance.

In response to the current system Marie Curie and the Motor Neurone Disease Association (MNDA) set up the ‘#Scrap6Months’ campaign.  The campaign calls for ‘special rules’ for those with 6 months to live to be scrapped and instead replaced with a clinicians judgement, and for the 3-yearly award limit review to be scrapped and replaced with a lifetime award for terminally ill patients.

Marie Curie and the MNDA maintain that the current system is too restrictive and cumbersome on claimant’s who have more pressing things to worry about than their benefits. Data collected by the charities between April 2018 and October 2019 indicates that the DWP’s ability to recognise when a Claimant is approaching the end of their life is concerning.  The impact of this can be seen in official data which has revealed that in an 18-month period 1,860 people in the UK died within 6 months of their claim for disability benefits being turned down, with more than 100 terminally ill people being rejected each month when applying for benefits despite having less than 6 months to live.

Professors Chris McDermott and Ammar Al-Chalabi, Senior Neurologists, have too called on minsters to review the system.  They explained that in many cases predicting death within a 6 month timescale beyond doubt is not possible.

Professor McDermott adds that ‘the focus should be on easing the burden on individuals reaching the end of their life as a result of MND and not by putting obstacles, delays and a distressing appeals process in their way’.

Professor Al-Chalabi states that MND was, for every patient, a ‘relentless progression from full health to complete paralysis that kills’, stating that it is unethical and unreasonable to expect an individual with such a devastating diagnosis to spend the remainder of their life proving that they will die within a certain time frame.

Both professionals said that having the DWP question medical decisions and needing to justify ‘how terminal’ a patient is amounts to an inhumane waste of time, resources and energy.

In July 2019 Amber Rudd, UK Work and Pensions Secretary, responded to campaigners by promising a ‘fresh and honest’ DWP evaluation of the way that the benefits system supports terminally ill patients. Ms Rudd stated that ‘the comprehensive evaluation of how we treat those with severe conditions and terminal illnesses will help ensure these vulnerable people get the support they need from our benefits system’.  Ms Rudd explained that the review was to include 3 areas of research:

In July 2019 the All-Party Parliamentary Group for Terminal Illness published a report following its inquiry into the impact of the legal definition of terminal illness on access to benefits for people living with such conditions.  They made various recommendations around amending the definition of terminal illness in UK law.  If implemented this would stretch the restrictive definition to include individuals as having a terminal illness ‘if it is the clinical judgment of a registered medical practitioner or clinical nurse specialist that they have a progressive disease that can reasonably be expected to cause the individual’s death’.

Campaigners have argued that the Government review should be expanded to ensure that all patients with terminal conditions should be exempt from the 3 year review instead of relying on Doctors reports.  The current system forces individuals to go through the painful exercise of reflecting every 3 years on their deterioration.

Mark Jackson, Marie Curie Policy Manager for England, states that the review by the Government was implemented to ensure that no one would have to suffer unnecessary hardship, however almost 2 years later the process has still not been reformed.  Mr Jackson explains that more than 6,000 people have died whilst waiting for a decision on their claim, arguing that this continued delay to reform is unnecessary.

Patients describe feeling ‘degraded and abandoned’ after being made to ‘beg for financial support from a system that they had paid into for most of their lives’. Family members have described the treatment of their loved ones as ‘inhumane’, explaining that ‘false promises’ have led to a loss of faith in Government. Terminally ill patients have spoken of times that their benefits have been cut and care packages subsequently cancelled as they no longer had the means to afford the help that they needed.

The Commons Work and Pensions Committee called for the review into the process to be published by November 2020 however, despite assurances from Government that progress is being made, to date there have still been no conclusions or updates given around the changes to the current system and  campaigners still await any progress.

DWP representatives have publicly responded to campaigners by stating that ‘their priority is dealing with people’s claims quickly and compassionately, ensuring fast-track access to benefits for those nearing the end of their lives’.  The DWP state that ‘they continue to be committed to bringing forward proposals to implement the key changes identified in the review’.

DWP minister Justin Tomlinson claimed early in May 2021 that a review had been completed and blamed COVID-19 for delays, however no indication has been given as to any of the proposed changes or when they will be published. Campaigners and claimants are still left with no further clarification on how, or when, the system will change.

"The impact of the COVID-19 pandemic has brought to the fore the considerable importance of the need for comprehensive support systems especially for those individuals suffering serious illness and disease. Reflecting upon these past months the need for straightforward support for the vulnerable of our community including terminally ill individuals has never been clearer.

It behoves us as a society to ensure that those suffering with any terminal illness never have to endure the worry, stress and anxiety of how they will meet their simple everyday expenses. Having to comply with a complicated flawed, bureaucratic system is not acceptable. Time is precious and the time for reform is now. "

"The current system places an unnecessary burden on Claimant’s during a time when they should be able to focus on their health and their loved ones.  For this reason we welcome any Government reviews to the current system in the hope that it will finally give Claimant’s some security and lessen the continuous burden of worrying about financial support. "

If you want to learn more about this issue follow this link here.

To learn more about the ways we support our clients following a workplace injury continue here. 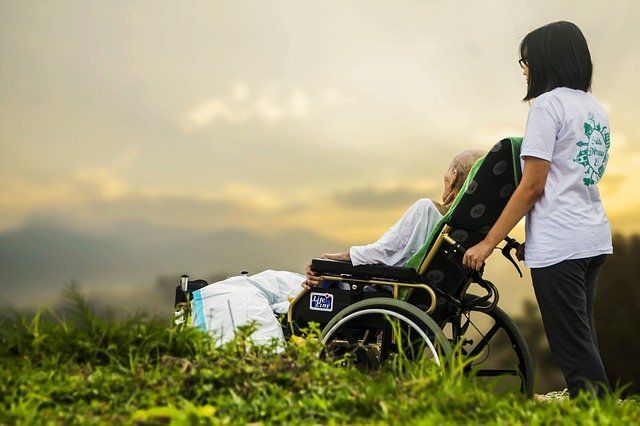