The duties of experts, and the topic of conflicts of interest, have recently been the subject of judicial scrutiny in the High Court judgment of Zuber Bux v The General Medical Council [2021] EWHC 762 (Admin).

Dr Zuber Bux had acted as a medical expert, preparing expert reports for cases involving holiday sickness claims, for a firm of solicitors at which his wife was a partner.

In 2019, Dr Bux was removed from the Medical Register when the Medical Practitioners Tribunal (MPT) found that he had acted dishonestly and for financial gain. The MPT also said that there had been a conflict of interest due to Dr Bux accepting instructions from a firm where his wife was a partner. The MPT found that Dr Bux had made diagnoses without proper evidence and on one occasion had deliberately given a false answer. His reports were also said to have failed to meet the requirements of the Civil Procedure Rules.

The case before the High Court in March 2021 was an appeal made by Dr Bux against the decision of the MPT.

Dr Bux is described in the High Court judgment as producing “superficial” reports on an “industrial scale” and on a “boilerplate” basis. Complaints were made to the General Medical Council about the independence of Dr Bux’s reports, his relationship with the instructing firm and the lack of any evidence in his reports.

The High Court dismissed Dr Bux’s appeal, agreeing with the conclusions of the MPT. Within the judgment the court considered the duties of experts, the different types of conflict of interest which could arise and the duty to disclose such conflicts.

The duties of experts can be found within the Civil Procedure Rules (CPR) and specifically, Part 35. The CPR sets out the procedure that must be followed in civil cases and aims to ensure that they are dealt with justly and proportionately.

In Dr Bux’s appeal the High Court re-iterated that “it is the duty of an expert to help the Court on matters within his or her expertise; and this duty overrides any obligation to the person from whom the expert has received instructions or by whom the expert is paid.”

The judgment also makes clear the importance of expert evidence being “independent, unbiased and objective.”

The court placed considerable weight on the importance of experts and their reports remaining impartial and went on to quote from another case (Irwin LJ in EXP v Barker [2017] EWCA Civ 63) which stated that “our adversarial system depends heavily […] on the primacy of [an expert’s] duty to the Court over any other loyalty or obligation”.

Conflict of interest and the duty to disclose

It is clear that experts have a duty to disclose any conflict of interest “at the earliest opportunity.”

The High Court in this case defined a conflict of interest as being “when an expert witness's opinions are either (1) actually influenced, or (2) capable of being influenced, by his personal interests”.

Within this definition, the court identified two forms of conflict which experts have a duty to disclose and should be aware of; “actual” and “potential”.

The court clarified that “an actual conflict of interest will arise when an expert witness’s opinions are actually influenced, or are capable of being influenced, by his personal interests.”

An example was given of an expert providing a report in favour of a claimant who they were in a relationship with. The court stated that this would amount to an actual conflict of interest “before [they] have even written down a word of [their] expert report, because the existence of the relationship is capable of influencing [their] opinion.”

The High Court agreed with the MPT that in this case Dr Bux had an “actual, serious, conflict of interest” of this “first type”.

The court acknowledged that this scenario can be difficult to identify for certain in practice and so casts the net wider in order to recognise what are referred to as “potential” conflicts of interest.

This form of conflict will be present where “the facts are reasonably suggestive of [a] conflict.” An example given of such a “potential” conflict is where a professional takes a business contact to enjoy corporate hospitality and later looks to instruct this business contact as an expert.

This would not necessarily present an automatic “actual” conflict (“the first type”) but the existence of the relationship would present a “potential” conflict and should therefore still be disclosed.

The court stated that to be exposed to this second type of conflict “involves no wrongdoing.”

However, what is clear is that in either scenario, whether actual or potential, the conflict of interest must be disclosed as soon as possible to the parties the expert is instructed by and the court.

The High Court’s judgment in Dr Bux’s case reiterates the duties of an expert already set out within the CPR which are to assist the court, so far as is within the expert’s abilities, by providing objective and unbiased opinions.

Experts should be aware of the duty to disclose any conflict of interests as soon as possible.

Whilst the court warned that “actual” conflicts “where done consciously [can] involve considerable moral turpitude” the judgment acknowledges that these scenarios are likely to be uncommon, or at least could be difficult to categorically identify.

In practice therefore experts may be more likely to find themselves on the cusp of a “potential” conflict and this judgment makes clear that though the existence of the potential conflict itself may involve no wrongdoing, the same duty to disclose applies.

To read more about interesting cases and how they affect the law subscribe to our newsletters here. 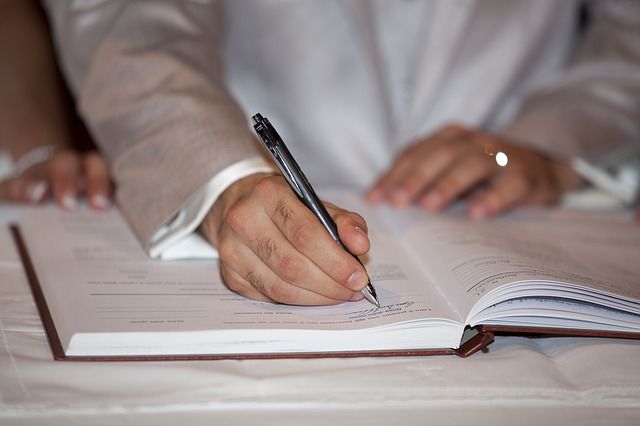