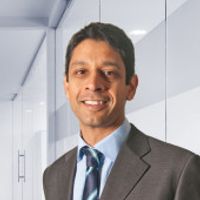 The appropriateness of continued detention for autistic people and/or those with learning disabilities has recently been the subject of much controversy, particularly following the exposure of abuse of adults in assessment and treatment units (“ATUs”) such as Winterbourne View, Whorlton Hall and Yew Trees Hospital. These individuals require additional protection and a voice beyond that which they currently have, and there is significant debate as to whether it can ever be appropriate to detain autistic people and/or those with learning disabilities under the umbrella of the Mental Health Act 1983 and how helpful such admissions are for them in practice.

What is the situation now with people detained in ATUs?

Over the past few years the number of people detained in ATUs has remained steady, at around 2,000 people. Many of these people have been detained longer than is necessary as a result of a lack of community provision and services and so are ‘stuck’ in hospital until such provision can be secured for them. We at Irwin Mitchell represent these individuals using our expertise of a combination of mental health law, mental capacity law, community care law and human rights, recognising the complexities of these situations but knowing that ultimately the vast majority will be ready for discharge, and that a prolonged stay in hospital is likely to be detrimental to them.

The government is seeking to amend the Mental Health Act (“MHA”) in several ways and has put together a White Paper to explore this and to allow consultation on proposed reforms to the Act.

How will the Mental Health Act Review affect people in ATUs?

One of most notable elements of the White Paper is the proposal to strengthen and clarify the guiding principles governing when the MHA should be used. This tries to drive a more person-centred system which is certainly welcomed. The White Paper states that the government will seek to redress the balance of power between patient and professionals in accordance with four guiding principles of choice and autonomy, least restriction, therapeutic benefit and the person as an individual. We are going to examine two of these in more detail: “therapeutic benefit” and “least restriction”.

“Therapeutic benefit” is intended to help support patient recovery and discharge. The White Paper proposes to amend the detention criteria to the effect that the purpose of care and treatment must be to bring about a therapeutic benefit. It seems only right that if someone is detained and deprived of their liberty, there ought, at the very least, to be some measurable and proportionate benefit to that person. The threshold of “therapeutic benefit” would therefore be a welcome change, particularly if it promotes swift recovery in a ward setting. It is likely, however, that further clarity on what amounts to a “benefit” will be needed (albeit this may necessarily be patient specific). It is also interesting to note that with regard to Article 3 ECHR, on the prohibition of torture, ECtHR case law has referred to a seemingly higher threshold of medical or therapeutic “necessity”.

The principle of “least restriction” is designed to ensure that detention is only used where absolutely necessary, and where there is a substantial risk of harm to the individual or others. By its nature, risk carries some measure of subjectivity. What one practitioner considers to be substantial risk may well not be considered so by another. Therefore, if these proposals are implemented, it is again likely that interpretive guidance will be needed. However, by requiring the potential harm to be of a significant nature, it is hoped that detention would only be permissible in serious cases.

Should learning disabilities and autism be classified as mental disorders according to the MHA?

One of the proposed reforms addresses the question of whether learning disabilities and autism should be considered a ‘mental disorder’ for the purposes of detention under the MHA. Currently a person can be detained with a learning disability if it is ‘associated with abnormally aggressive or seriously irresponsible conduct.’ (s1)(2A)(b)) It is proposed that this be amended so that a person with learning disabilities may only be detained for treatment (s3) if a co-occurring mental health condition is identified by clinicians. This proposal will be welcomed by many campaign groups. This proposed amendment will only apply to detention under section 3, and not to assessment under section 2, or to part III of the Mental Health Act, which relates to patients who have been involved in criminal matters. Further it is noted in the White Paper itself that ‘almost 8 in 10 autistic adults experience mental health problems’, so the question remains whether, if drafted as set out in the white paper, these reforms will go far enough to ensure the admissions of these individuals will be as ‘rare’ as appears to be intended.

The changes proposed would in theory mean that those who display particular behaviours due to their own needs being unmet would have a process whereby this was addressed without further detention in hospital, but there is a concern that the current proposals do not go far enough. The period of a section 2 detention is up to 28 days and it may not be sufficient to address some of these complex factors.

The government appears to recognise and acknowledge the concerns about the current use of  detention under section 3, but fails to propose amendments to other sections of the MHA concerning detention, which could also have a profound and lasting effect on individuals. It is hoped that through consultation, this point will be explored and considered. The White Paper also states that detention for assessment under section 2 should only be considered after all alternatives to de-escalate have been considered and that a Care and Treatment Review (or Care Education and Treatment Review) should include evidence as to why a decision has been made to detain.

What does the paper recommend for people in ATUs?

The White Paper very helpfully contains a proposal for new duties on Local Authority and Clinical Commissioning Group (CCG) commissioners to ensure adequate provision of community services. It is hoped that this will allow for more bespoke discharge planning and thus ensure more successful discharge planning. At this stage it is not clear how this will be framed or how the existing mechanism of pooled budgets for NHS bodies and Local Authorities for joint working will be updated.

There is substantial interplay between the Mental Health Act and the Mental Capacity Act 2005 (“MCA”). An important distinction is that the MHA, unlike the MCA, is not driven by an individual’s capacity, and contains no statutory equivalent to “best interests”. The interface between the two pieces of legislation was noted as causing confusion and uncertainty during the landmark independent review of the MHA which was undertaken by Professor Sir Simon Wessely two years ago, and which led to the publication of this White Paper. In particular, the Review indicated that if a person lacks the relevant capacity, has a mental disorder but is seemingly not objecting, practitioners are not always clear whether the Deprivation of Liberty Safeguards (DoLS) contained within the MCA or the Mental Health Act is the more appropriate route. The White Paper recognises that greater clarity could help reduce detention rates and inappropriate use of the MHA.

It does not appear that a fusion of the MHA and MCA is being envisaged, in a similar vein to the Mental Capacity Act (Northern Ireland) 2016. However, the Consultation does seek to explore the dividing line between the two Acts. The government has also indicated its intention to wait and assess the implementation of the new Liberty Protection Safeguards prior to introducing any reforms. It is hoped that a clearer interface between the different regimes will follow in due course.

The consultation on the White Paper poses a number of challenging questions, both practical and legal, and is a welcome opportunity to explore how the interests of those detained and treated under the Mental Health Act can be protected in future. If incorporated into legislation in due course, the proposals will have a significant impact on the future of mental health law. We therefore encourage people to submit responses to the consultation before the deadline of 21 April 2021.

If you would like to discuss your concerns about the proposed changes or have a loved one in an ATU and are seeking legal support on their behalf get in touch with our expert Human Rights Team.

The consultation on the White Paper poses a number of challenging questions, both practical and legal, and is a welcome opportunity to explore how the interests of vulnerable people, detained and treated under the Mental Health Act, can be protected in future. 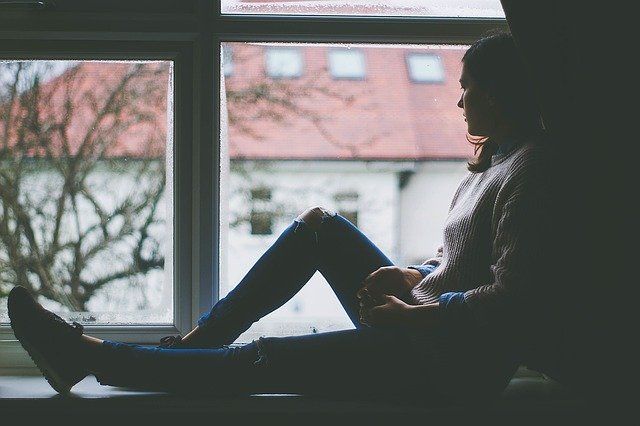 The Human Rights Act is under review
Yogi Amin