A woman from West Yorkshire who lost her husband to asbestos cancer is honouring his memory and inspiring others by getting involved in fund-raising with a national charity.

Alexandra Raine’s husband Paul (known as Ash) was diagnosed with mesothelioma in November 2019 at the age of 57.

Following his diagnosis, Ash instructed asbestos-related disease experts at Irwin Mitchell to investigate his illness, which was believed to be a result of asbestos exposure when he worked as a trainee dyer for a carpet company, and later as an electrician.

He and Alexandra, from Mirfield, also began attending the Mesothelioma Support Yorkshire (MESSY) group.  Sadly, however, Ash’s condition deteriorated and he died in November last year.

After losing her husband, Alexandra, 53, started fund-raising for Mesothelioma UK and has now applied to become a volunteer for the charity. To date, she has raised more than £5000.

Hannah Robinson, the specialist asbestos-related disease lawyer at Irwin Mitchell who represented Ash and now represents Alexandra, said: “Alexandra has had a tough couple of years, having to deal with Ash’s illness and then to watch him deteriorate understandably devastated her.

“Losing him last November has undoubtedly left a hole in her life, but Alexandra is a remarkable woman and has used her own tragedy to do something to help others.

“While we continue to investigate Ash’s mesothelioma, Alexandra has been busy raising awareness of the condition as well as money to fund the research carried out by Mesothelioma UK, a national charity which supports people affected by this specific asbestos cancer.

“She has already raised £5372, with more activities planned in the coming months.  She is such an inspiration to others and we are delighted to be able to support her as she honours Ash’s memory.”

From the beginning of this year, Alexandra has also been helping out with the MESSY group.  Mesothelioma nurse specialist Simon Bolton, who runs the group, said: “Alexandra was a valuable member of the group when she attended with her husband Ash. Following Ash’s death, Alex has continued to join the meetings and I hope the interactions have provided her with some comfort and support.

“Alexandra has volunteered to help with the running of the group and has developed formal guidance on how to meet virtually during the COVID pandemic. Alexandra’s continued help in administering the group will ensure we continue to bring together those affected by mesothelioma across the West Yorkshire region”.

Alexandra said: “Losing Ash was the worst thing I have ever had to face and I still struggle to come to terms with the fact he is no longer here.  He showed so much bravery and courage towards the end.

“Before Ash died, Mesothelioma UK was a big support to us and his last wish was to raise money to help others going through the same as him.  It only feels right that I continue this in his memory.

“I had planned to do a fund-raising walk in London, organised through Action Medical, later this month, but I expect it may need to postponed until later in the year – and possibly take place locally – due to current restrictions.  Two of Ash’s friends are also looking to arrange an event.

“I miss Ash so much and I would give anything to be able to turn back the clock, but I know that’s not possible, so I want to do all I can to honour him in the best way possible.” 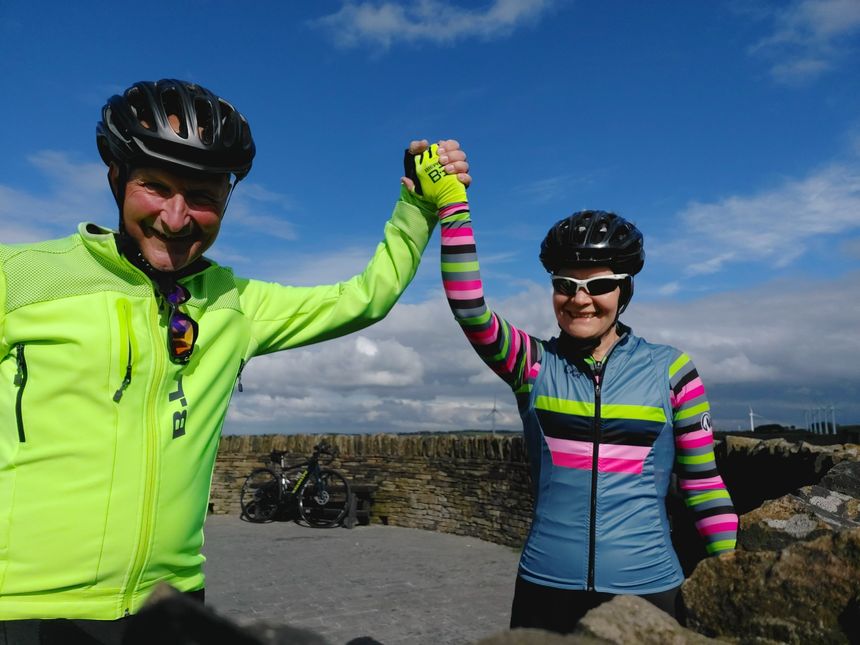