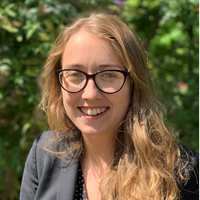 By Vicki Rawlins, Associate Solicitor in the Family Team

The Office for National Statistics (ONS) has published the results of a sample survey into the living arrangements of the UK’s population. The survey gives an opportunity to review the changes of such arrangements not only over the past year, but also over the past two decades. The ONS accept that the survey does not cover most communal addresses and that Covid has affected the collection of certain data. Notwithstanding this, the statistics make interesting reading.

The survey concluded that there are 19.4 million families living together spread across 27.8 million households. Of those 12.9 million consist of a married couple and 71,000 of a civil partnership couple. Opposite sex cohabiting couples account for 3.3 million and 120,000 account for same sex cohabiting couples. There are 2.8 million lone parent families, of which 2.4 million include a lone mother and 430,000 include a lone father.

In terms of children, 8.3 million households have no children. Of the remaining households, 8 million include dependent children and 3 million non-dependent children. No doubt this final figure has risen at least partially as a result of the growing number of adult children staying at home longer / returning home in order to try and save towards a deposit on their own property.

The results also however show the cultural changes and wider choices as to how the population choose to live. There is an increase of 10% from 2010 of single person households. The largest changing group is perhaps unsurprisingly the number of people living in multiple family households. This has risen by more than two thirds since 2000.

As a family solicitor I find these statistics very interesting. I use the word “family” in this context carefully. When I started my career I did so in the “matrimonial” department. I never felt the term to be appropriate and as I progressed when I was in a position to do so, I changed the label to “family” department instead. Families come in all different shapes and sizes as is clearly evident from these statistics, and I wanted to be clear that we could cater for all.

The figures that immediately jumped out at me were: the number of cohabiting couples opposed to married couples, the number of lone parent families and the number of multiple family households.

Assisting cohabiting couples, either at the beginning of their cohabitation when they wish to essentially lay some grounds rules as to the practicalities of that cohabitation, or at the end of their relationship when they wish to resolve their differences and go their separate ways, now forms a significant percentage of my caseload. Despite this I remain surprised at the public’s lack of knowledge regarding how they can protect themselves financially in these relationships. A lot of people still believe that there is such a thing as “common law marriages” which is simply untrue.

The number of lone parent families was also an eye opener. It does however support my experience of an increase in child arrangement disputes, and particularly the volume of cases going through court and the number of cases which includes at least one litigant in person. Having undertaken Legal Aid work in a previous role, since the cuts back in 2013, these are the cases that I have found most troubling.

Prior to the cuts a lot of people were able to access some level of legal advice in respect of such disputes. In my experience that often led to an earlier resolution of these disputes. Since the cuts however, I have found that fewer parents have the funds to be able to seek full legal advice or assistance, especially in the early stages when the issues arise. Therefore the conflict continues and sadly often escalates until court proceeding are almost inevitable. It is especially difficult if the parent involved also simultaneously and by necessity is having to deal with divorce and financial remedy matters.

Finally the figures for multi-family households support the growing number of second families / step – families cohabiting together. Again my experience shows that more people are entering into second (or subsequent) marriages / relationships and starting new families. This can lead to various issues arising and can add to the complexities.  On a similar note to the “common law marriage” myth, there are various relationship planning measures that can be put into place to assist in these circumstances, but they are far from being well known.

By the time of the next survey I hope that as these social changes continue, there is a greater awareness of available protective measures for all of the families involved. In the meantime I think that the figures confirm that family law remains ever evolving and that there really is no longer such a thing as a “normal family”.