By Jeremy Raj, Head of Residential Property at Irwin Mitchell.

As part of his Budget plans next week, Chancellor Rishi Sunak will be moving the deadline for the stamp duty holiday from 31 March to the end of June, according to media reports.

The stamp duty threshold will therefore remain at £500,000 for property sales in England and Northern Ireland.

The chancellor had been urged to push back the deadline as many people have been left scrambling to complete their transactions before the end date - with the property website Rightmove estimating 100,000 buyers could miss out.

Under the current rules, announced by the Treasury last year in a bid to support the property market, the stamp duty threshold has been temporarily raised from £125,000 to £500,000 for property sales in England and Northern Ireland and to £250,000 in Scotland and Wales.

Some 129,400 residential property transactions went through in the UK in December 2020, which was  31.5% higher than in the same month the previous year according to provisional figures from HM Revenue & Customs.

Jeremy Raj, Head of Residential Property at Irwin Mitchell said, “As always with matters affecting the housing market, the widely reported three-month extension to the Stamp Duty holiday has multiple implications and will affect different players in different ways.

Buyers struggling to work through the conveyancing process will be rejoicing at the deferred deadline while Sellers can expect diminished urgency from the other side on their transactions, and may be forced into dealing fully with issues they were hoping not to have to bother with.

Buyers and sellers will be hugely relieved at the potential stay of execution on deals that might have otherwise collapsed on 1 April.

Estate Agents will be cheerfully contemplating the salvaged fees on deals that were in danger of failing, and will also be buoyed by the prospect of a continuation of the boost that the holiday had given to the market, but which was already petering out.

Buyers that had been contemplating a transaction will now have up to 15,000 incentives to crack on with a purchase sooner rather than later and first time buyers in particular will have a strong reason to jump on to the ladder before it tips away from them again.

Surveyors, lenders and others will be girding their loins for an extended period of being asked to do more, more quickly against the backdrop of lockdown restrictions and last but not least, conveyancers will be feeling that the rollercoaster ride of the last 11 months just took another sudden and largely unexpected turn, that left their stomachs far behind them.”

The Centre for Policy Studies is now calling on the government to either permanently increase the threshold on primary residences to £500,000 or abolish it altogether.

As part of his Budget plans next week, Chancellor Rishi Sunak will be moving the deadline from 31 March to the end of June, The Times has reported. The chancellor had been urged to push back the deadline as many people have been left scrambling to complete their transactions before the end date - with the property website Rightmove estimating 100,000 could miss out. 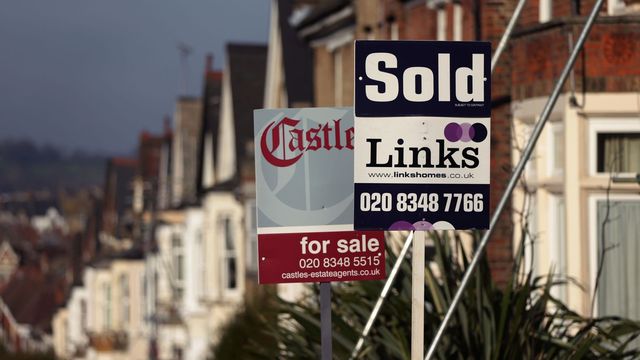