Private client and wealth management specialists have weighed in on some possible outcomes for the upcoming Budget, the first following the UK’s exit from the European Union.

Speculation has begun on what Chancellor Rishi Sunak has planned for the coming year after Government spending swelled to support the workers and businesses during the pandemic.

Tax experts at leading national law firm Irwin Mitchell say Capital Gains Tax (CGT) is one to look out for in the upcoming Budget as a way of replenishing the coffers.

Ashley Hill, Tax, Trusts and Estates partner at Irwin Mitchell said: “A concern for clients is a CGT rate increase from Budget day.

“Generally rate increases are effective from the start of the following tax year. However, the last CGT rate change mid-tax year was in 2010 with an increase from 18% to 28% effective from the day after the Budget announcement. More recently last year CGT business asset disposal relief was introduced with a £1m limit effective from Budget day with anti-forestalling provisions.

“However, a rate change from Budget day might be too soon given the fragile state of the economy and the desire to encourage entrepreneurship in these difficult times rather than stifle it with tax rate increases. I know some of my clients who are mid-transaction will be crossing their fingers.”

Other experts also mention the much-discussed potential changes to inheritance tax (IHT), which has come under scrutiny in recent years.

Andrea Jones, Tax, Trusts and Estates partner at Irwin Mitchell said: ““This year’s Budget will be an interesting one. There are bound to be tax hikes at some point to pay for the Government’s response to Covid. A lot of our clients are carrying out CGT planning in anticipation of an adverse change in the tax rules to take advantage of current reliefs such as entrepreneurs’ relief.

“Other areas likely to be open to attack include IHT, particularly reliefs such as business property relief (BPR) and agricultural property relief (APR). It’s well known that the Office for Tax Simplification has discussed cutting the benefit of both a CGT base cost uplift and the IHT spouse exemption for spouses and limiting this to one.

“On the other hand, the Government may decide to postpone any changes to allow time for the economy to rebuild itself- but there is no doubt that change is on the horizon and we must consider how to plan for that change as soon as possible.”

Meanwhile, the stamp duty holiday deadline has brought the property industry fears that hundreds of thousands may lose out on the tax break, which is set to end on the 31st March.

Helen Hutchison, Residential Property partner at Irwin Mitchell said: “There’s been a lot of speculation on what might happen with the stamp duty deadline, ranging from extending it by a few weeks to scrapping it altogether for homes under £500k.

“At this point, an extension would only extend the pressure the industry is facing. Following the parliamentary debate, it seemed clear there was little appetite to introduce one, but we could be surprised if recent headlines are correct with their predictions of an extension.

“The most likely outcome is an agreement to allow transactions that have exchanged contracts by the deadline to take advantage of the reduction, as an official tapering of the existing house sales. Whatever is decided, the Chancellor needs to be decisive as thousands of homebuyers and sellers wait for the outcome of the Budget.”

However, wealth management specialists predict there will only be a passing mention of any tax changes as the Government continues to provide for shuttered businesses.

Edward Tomlinson, head of the Financial Planning team at Irwin Mitchell Asset Management said: “We know, as a country, we are going to have to pay for the government spend during the pandemic.

“Numerous reports have made different suggestions, but a wealth tax and some change to pension tax relief look like which would hit the wealthiest in society the hardest, look to be gaining traction with those inside No 11.

“It will therefore be very interesting to see if the Chancellor gives any indication on Budget day as to what his future tax rises may be, even if the focus remains on supporting businesses for now.” 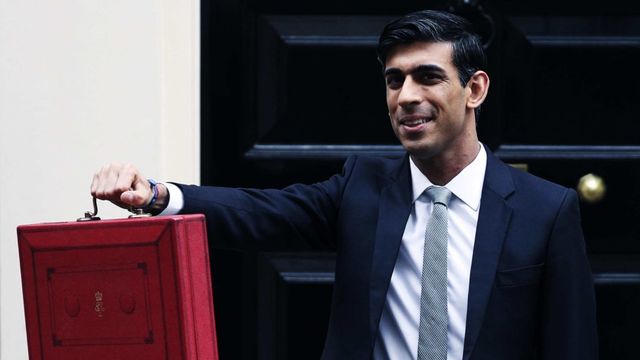