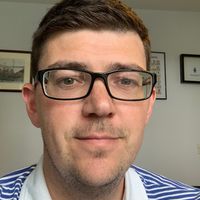 The head of our military team Geraldine McCool reflects on a landmark announcement for the LGBT+ military community.

LGBT+ History Month is a time for us to celebrate how far we've come. But it also highlights the work that still needs to be done to ensure global inclusivity - not just in our own communities, but also amongst our Armed Forces.

It’s been a year since new charity on the block, Fighting With Pride, made its mark amongst serving personnel and veterans alike.

Launched on the 20th anniversary of the complete lifting of the ban on LGBT+ service personnel, they’re the UK’s only LGBT+ military charity.

The charity has had a challenging start to its journey, launching in January 2020 just as the COVID-19 pandemic was taking hold of the UK. But in true military style, they fight on for their mission: supporting LGBT+ veterans and serving personnel and their families to ensure everyone has equal rights. They also hope to create acceptance amongst the military community for lesbian, gay, bisexual and transgender serving personnel.

Caroline and Craig took some time out of their busy schedule to speak to us about the significance the ban had, and the challenges and stigmas still to be addressed.

Caroline said: “Whilst today there are still issues around gender identity and gender neutral terminology, we are keen to address the legacy issue of those who were dismissed due to their sexuality and who have been unsupported over the years. During the ban you could try to hide your true self but you would live in fear of being discovered, leaving you to live with feelings of shame and guilt.”

The consequences for being ‘found out’ were severe, so although many talented armed forces personnel wished to serve their Queen and country, they lived in denial of their sexual orientation or gender identity.

Craig added: “You risked losing your job, your home, your medals and your community. There are instances of people even being sent to military prison.”

That’s where Fighting With Pride hope to help. They work with veterans whose mental health has been affected and who might lack the confidence to reach out for support. Their aim is to bring them back to the military community so they have a feeling of belonging once more. It’s about communication, making connections and building up trust.

On Tuesday 16 February 2021, the Ministry of Defence (MoD) released details of a new scheme to remedy historical injustices where former service personnel can apply to the MoD to restore honours.

Welcoming the news, Caroline and Craig said: “Today, LGBT+ veterans are finally beginning their journey back to the military family. Fighting With Pride looks forward to a better future for them, where they are recognised for their service, their health needs are supported and they are recompensed for the wrongs of the past.

“We are also pleased to see the Government’s further commitment to investigate the long-term impact of being dismissed from our Armed Forces, particularly in regard to the health, housing and employment of LGBT+ Veterans, many of whom today still live in poverty and beyond the protections of the Armed Forces Covenant.”

It’s clear that Caroline and Craig are driven by hearing from veterans’ experiences, even if those stories are sometimes disturbing. In turn, they’re able to use these real life scenarios when talking to politicians and other military charities about the issues and solutions. They hope to reunite veterans with medals that were taken from them, seek royal pardons and address the complex issue of reparation. The charity is also looking at how other countries are dealing with their history with the hope of learning and sharing as we look towards a brighter, more inclusive future.

Those on the charity’s board, who represent different time periods and characteristics, acknowledge the progress of our Armed Forces since the ban was lifted. As a role model for diversity and inclusivity, Caroline actively recommends the Armed Forces as a positive career path.

The charity views the Armed Forces Covenant as an important safety net and recognises the deliberate change brought about by the creation of the Office for Veterans’ Affairs and the Armed Forces Bill. They‘re keen to use the current framework and established military charities to have the conversation about LGBT+ inclusivity and to raise awareness of those who were dismissed or disgraced because of their sexual orientation or gender identity.

In speaking to Caroline and Craig, we acknowledged that our education on this part of our military history, even amongst our Military Injury team, was lacking. As part of LGBT+ History Month we’re taking steps to address this, and ensure all our colleagues are aware of the discrimination people experienced.

Fighting With Pride is launching a two-year project which aims to capture this section of our history in the military archives.

LGBT+ History Month is a celebration of equality, diversity and a time to look at how our past can help to show the progress that has been made in the past two decades. In our spring 2020 edition of Focus on Military, Caroline’s message was that it takes courage to stand up for someone, and that it’s the advocates and allies in a place of work that can change opinions and create inclusion.

We’re also proud to have existing relationships with several Fighting With Pride board members, Ali Brown, Carl Austin-Behan and Alastair Smith-Weston. We’re excited to see what their journey holds as they support the military community and we look forward to working with them in the brighter future that lies ahead. 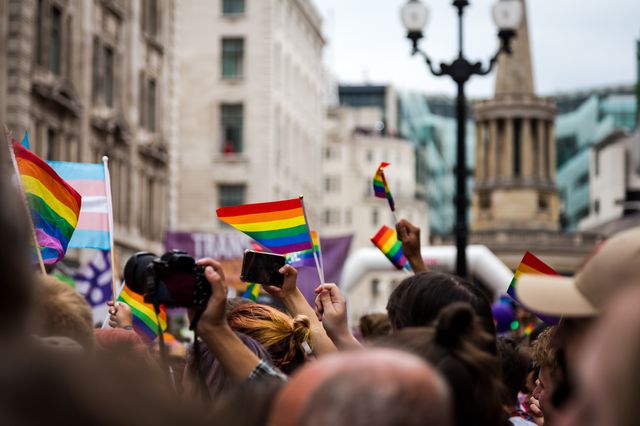