In July 2020 the Chancellor of the Exchequer announced the suspension of the payment of Stamp Duty Land Tax (SDLT) on the first £500,000 of property purchases. This was a temporary measure and is due to come to an end on 31st March 2021.

There are many factors which could have led to the unprecedented increase in conveyancing transactions since the reopening of the property market after the initial lockdown last year. Many home owners put off moving in 2019 until after the election while others were concerned about the impact of Brexit on their businesses, income and values of their homes. Others point to the pandemic as a time when we have spent more time in our homes and thinking of our requirements – more space for home working and what is generally being called the 'rural revolution'. Combined, these factors have led to an increase of 31% in residential transactions in December 2020 compared to the same period last year. Nonetheless, it is difficult to deny that the SDLT holiday has played a major role in boosting the market and commentators have predicted 31% of buyers will withdraw from their transaction if they can't complete before the deadline.

Jeremy Raj, our national head of Residential Property at Irwin Mitchell said: "The Government has created a cliff edge that already looks set to create some very unfair outcomes for buyers of residential property. Given the real difficulties and stresses throughout the industry caused by lockdown, an additional grace period would be very welcome. Clients whose transactions have been delayed through no fault of their own should not be forced to either withdraw from their transactions or face financially ruinous penalties.

While there is no doubt that residential property taxation requires a thorough review and update, that will require clear thinking, the establishment of agreed strategic goals and proper debate in Parliament. The issue should not be conflated with the end of the ‘holiday’ which is going to have some very ugly consequences, the majority of which can still be avoided."

Consumers and the industry have called out for the Government to extend the deadline or provide a more tapered end rather than this immediate cut off. The SDLT is payable on the completion date and some have asked to expand this so those who exchange contracts for their purchase before the deadline date can still enjoy the benefit. Meanwhile, others talk of scrapping SDLT entirely and replacing it with a higher Council Tax. Needless to say there are a lot of options available to Government if they are inclined to make a change, but thus far they have said that the holiday will end on 31st March. A petition was started and having received the required 100,000 signatures was sent to the petition committee to debate the issue.

The petition asked for the SDLT holiday to be extended for a further six months. The debate swayed away from discussing the benefit of the tax as a whole and focused particularly on the question as to whether the holiday should be extended.
Many of the MPs who spoke during the debate raised the same issues and told similar stories of constituents who began the process of purchasing their properties in good faith and believing that they had adequate time to complete the transaction. They spoke of the consequences of the property boom slowing down conveyancing transactions and how some buyers, now facing a hefty SDLT bill simply will not be able to complete their purchase and will withdraw.

Although it is easy to think of the first time buyers, attention was drawn to those who are downsizing, a step which has been previously encouraged by the Government to free up much needed housing stock. Recognition was also given to those involved in chain, who themselves may be able to afford to the additional SDLT payment, but who cannot progress with their transaction owing to a break in the chain.

There were reports that some sale transactions were already falling apart if buyers thought they would not meet the deadline. The current problem with Hackney Council who, owing to a cyberattack, cannot provide the search results required by mortgage lenders, was also mentioned.

Particular emphasis was given to new-build buyers who had expected to complete their purchase before the 31st March deadline, but delays in construction, partly owing to the pandemic, has meant they can't complete in time. Some are facing losing their deposit which may amount to thousands of pounds. MPs spoke of the stress being suffered by their constituents who are facing these circumstances, many coming from low and middle-income families who are using their savings to fund purchase deposits.

On the opposing view, there was criticism of launching the SDLT holiday in the first place. Some MPs felt that this was a tax-break for the rich and that the money lost by the SDLT revenue could have been better used, for example to support small businesses, fund free school dinners or to address the growing mental health crisis. They focused on the amount of lost tax income, depriving the treasury of much needed funds. Labour frontbencher Abena Oppong-Asare criticised the introduction of the holiday as it benefitted those purchasing buy-to-let properties or holiday homes, when it should have been targeted towards those who most needed the benefit. Highlighting that the design of the scheme had numerous fundamental flaws.

To counter such arguments, MPs drew attention to the number of transactions which could fall through owing to the ‘cliff-edge’ deadline, which in turn would reduce tax revenue. They also expanded the impact of transactional withdrawal on the construction industry and retail, such as furniture retailers and others who rely on the property industry.

Some felt that by extending the deadline, they will only be pushing back the inevitable ‘cliff edge’ and calls for a more tapered end to the holiday suggested the extension only be available to those who have already began the process or have a mortgage offer in place, although how this is to be translated into practical rules was not explored.

In response, Jesse Norman, the Financial Secretary to the Treasury, said the Government are aware of the strength of feeling on this issue. He took the opportunity to thank those working in the property sector who are doing their best to meet the high level of demand.

He revisited the rationale for introducing the SDLT holiday; the uncertainty which faced the residential property market and the concern for both the industry and its impact on the economy. The measure was designed to drive the recovery of the housing market and to keep the market moving. The very time-limited nature of the holiday drove that demand and it has been a success, incentivising people to move and bring a ripple effect in related industries, protecting many jobs. He refused to comment on tax changes, but provided assurance that the Government were listening carefully to the concerns.

The debate came to a close, with recognition that across all parties there was a call for property tax reform and that SDLT is a block for economic growth. We will need to wait to see whether such changes will feature in the Budget next month. 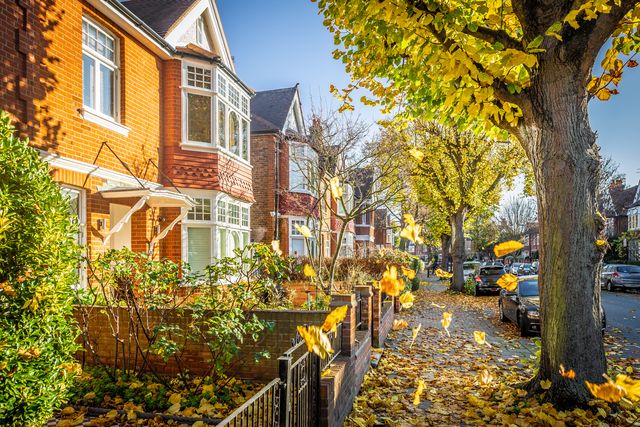