What is the position for Summer Exams following Boris Johnson’s announcement on 4 January 2020?

Boris Johnson announced that GCSE and A-level exams are unlikely to go ahead as planned. The government is yet to lay out a definitive plan for how students will be graded, but will no doubt be aiming to avoid a repeat of the algorithm and grading difficulties that plagued the 2020 summer exam series.

It is likely that the government will, as they did last summer, place some reliance on teacher assessments in determining final grades. Parents may wish to plan ahead now and speak to their child’s school in the coming weeks to check the school is fully aware of:

Schools should plan ahead by ensuring that their subject access request and complaints policies and processes are up to date. These formed key parts of the appeals process last year, and are likely to be relevant again if the government ends up placing reliance on centre assessed grades.

It is reported on the schoolsweek website that a spokesperson from the Department for Education has confirmed that BTEC and other vocational exams scheduled to take place in January 2021 will go ahead as planned despite the national lockdown.

Guidance published by the government regarding 2021 exams in England is awaited, as the announcement confirming exams will not go ahead as planned has only just been made.

Scotland has already cancelled National 5 exams (equivalent to GCSEs) in 2021. The National Qualifications 2021 group have been working to develop the model for assessing National 5 qualifications. It involves teachers and lecturers working with the group to understand the standards required for national qualifications and how to apply this when grading pieces of evidence such as course work. No algorithm will be used, nor will learners’ awards be based on school past performance. You can find the full guidance here.

The Welsh government have confirmed they’re cancelling GCSE, AS and A-level in-person exams in summer 2021 with students to be graded through in-class teacher assessments instead.

In December 2020 the Welsh government released some more information about how the system replacing GCSE/A-level examinations will work.  The Education minister confirmed her intention is for general qualifications in Wales to be awarded through a three pillar approach made up of:

The relevant guidance for Wales can be found here.

The examinations board in NI, Council for the Curriculum, Examinations and Assessment (CCEA) has reduced the number of exams students will have to sit. GCSE candidates will be able to omit assessment of one unit of each of their qualifications, up to a maximum of 40% of each qualification, whilst other students will have the opportunity to omit up to 60% of their AS or A2 assessment.

In their December 2020 announcement the Education Minister announced his belief that it is in the best interests of pupils and schools for public examinations to go ahead. The Education Minister has confirmed they will take the same generous approach to grading which was followed in 2020 to ensure the 2021 cohort are treated as fairly as their 2020 peers. Collection and publication of school level outcomes will be suspended for a further year.

At present their plans say that they will delay the start of the summer exam series by one week to provide more time for preparation. Pupils taking GCSE Maths in January and June 2021 will also be provided with additional support materials so that they don’t have to memorise all the information they would normally have to.

The relevant guidance for Northern Ireland can be found here.

Boris Johnson announced in his speech that school pupils should switch to remote learning until the February half-term. This has been confirmed in guidance published in the evening on 4 January 2020. The guidance confirms that “colleges, primary and secondary schools will remain open for vulnerable children and the children of critical workers. All other children will learn remotely until February half term. Early Years settings will remain open.” .

The guidance confirms that vulnerable children include those with EHCPs, or who are the children of critical workers.

It is anticipated that these measures will last until at least February half-term, which for most schools in England starts on 15 February. Any changes regarding school attendance will likely come into place from the following week, i.e. on 22 February 2021.

In respect of higher education, the same guidance confirms that provision “will remain online until mid-February for all except future critical worker courses,” which include courses such as medicine and veterinary science.

We anticipate the Department for Education guidance around school attendance in England will be updated to provide greater detail about how schools should operate around the rules in practice. During the first lockdown the government introduced changes that watered down the duties owed to children with special educational needs – as things stand it is not clear if such changes will be made again.

We will continue keeping you up to date with government announcements. If you want to find out more about the ways we can support educational institutions as well as students themselves visit our education services webpage here .

Schools should plan ahead by ensuring that their subject access request and complaints policies and processes are up to date. These formed key parts of the appeals process last year, and are likely to be relevant again if the government ends up placing reliance on centre assessed grades. 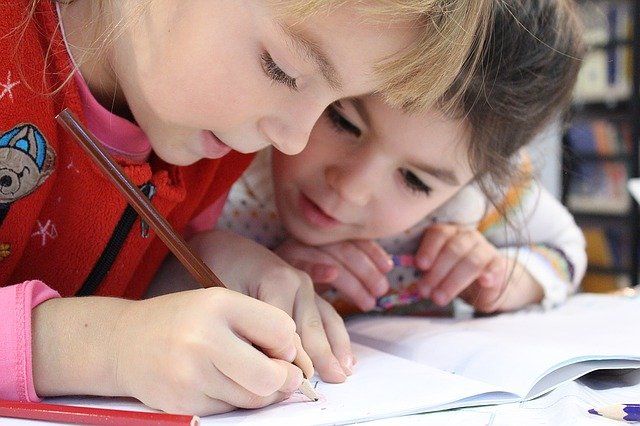