There was an interesting article on the BBC last week about couples who have decided to divorce who are citing Covid-19 as a direct factor.

Some couples felt that the pandemic and the stress of lockdown brought new problems into the marriage which ultimately could not be reconciled. Others felt that this unprecedented time highlighted issues which had already been present but hidden or overlooked.

Many couples have chosen to take alternative action and instead attended marriage counselling. It will be interesting to see in due course whether such attendances are reflected against a lower or a higher divorce rate.

A survey by the UK charity Relate in April found that nearly a quarter of people felt lockdown had placed additional pressure on their relationship. A similar proportion had found their partner more irritating - with women reporting so more than men.

This has led to a general reporting of increased new enquiries being made to solicitors. In the event of relationship problems, as highlighted by Resolution’s Good Divorce Week, which took place recently and promotes early independent legal advice, this is always a good idea. This applies not just to married couples but any separating couple or a person contemplating such a separation.

An expert family law solicitor can advise a client on issues which they may be completely unaware of or which they would otherwise underestimate the importance of. This could make a huge difference to the path that negotiations take and ultimately, the final agreement reached. Knowledge is power and the earlier a reasoned strategy can be followed, the greater chances of being able to reach a resolution and avoid contested court proceedings unless necessary for the client’s circumstances.

It remains the case that the majority of clients want to resolve matters as amicably and fairly as possible. Taking such an approach and receiving early legal advice will mean that all possible avenues of resolution should remain open. With the courts being extremely busy and cost proportionality always being a relevant consideration, more and more couples are resolving matters through some form of alternative dispute resolution (ADR), and not traditional contested court proceedings.

Mediation, hybrid–mediation, arbitration, and collaborative law are all options which a good solicitor will consider with clients as an early discussion. Whilst there will be good reasons why such approaches will not suit every couple, the likelihood is that at least one of these would be suitable at some point of the separation. Unlike legal advice, whereby the earlier the better, It is not the case that the same approach should be taken with respect to these ADR options.

Depending on the circumstances of the separation, it is likely that one person will be mentally and emotionally that much further on in the process than the other. The person who chose to end the relationship will no doubt have been considering their decision for some time before this was communicated to their partner.  Accordingly such a decision may well come as a shock to the receiving partner. Time should ideally be given to them to reflect, consider and start to come to terms and accept this significant change before pressure is placed upon them to enter into negotiations, for example about future financial arrangements. If pushed too soon, a prime opportunity to work together to resolve matters for the future of their own family will be missed.

Of course some people come to terms with such events much more easily than others. There will therefore be a delicate balance between the desire for the first party to move on, alongside any immediate issues for consideration (such as how to tell the children or living arrangements); versus the desire for both parties to be emotionally able to meaningfully engage, with the mutual aim of maximising the positive outcomes. Timing will be of key importance throughout the process.

This all means that whilst these ADR options may not be appropriate initially, as the circumstances of the separation evolve, they may become a desirable option at a later stage. The key factor however remains that by taking good legal advice at an early stage, a tactical approach can be applied to suit and meet the client’s and indeed the family’s needs on a short, medium and long-term basis.

Around the world - from South America to West Africa - previously happy couples are splitting up and many are divorcing. The stress of the pandemic has been blamed by some, while others say it has highlighted old problems. 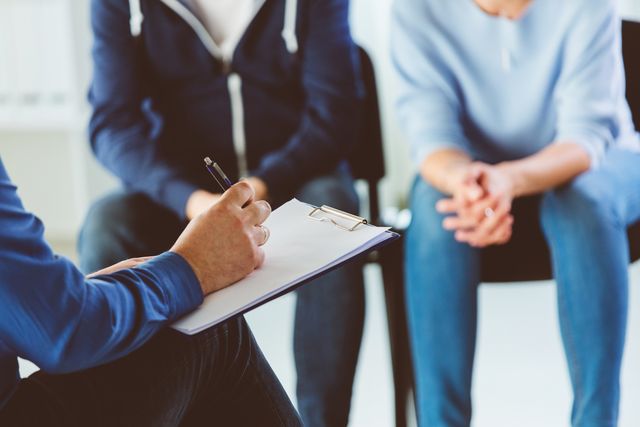 The coronavirus pandemic has placed unprecedented pressure on relationships