By Rachael Williams, solicitor in the Will, Trust and Estate Disputes team at Irwin Mitchell

The appeal of the case Anaghara v Anaghara was dismissed last week. It's an unusual case for a proprietary estoppel claim in that this case was brought by a spouse in order to ensure she could remain in the matrimonial home; in circumstances such as these, the surviving spouse’s case would more often be brought under the Inheritance Act 1975. However, the Inheritance Act 1975 requires that the deceased be living in England or Wales in order for the estate to be challenged.

As the late Ferdinand Anyaoha Anaghara was based in Nigeria, his surviving spouse, Alice Anaghara, wasn't able to bring a claim under the Inheritance Act 1975 and had to pursue another route: proprietary estoppel.

For this type of claim, three main elements must be present: promise, reliance and detriment. There must be a representation or assurance made to the claimant by the defendant and the claimant must have suffered in some respect (usually financially), as a result of their reliance on that promise. The form of reliance will generally depend upon the type of promise that was made, though it has to be reasonable in the circumstances. If the representation is too vague or couldn't have reasonably been expected to be relied upon, the claim may fail. These cases are always very fact specific, and the courts will always look at the circumstances of the case as a whole when deciding what, if any, award to make.

At the time of Ferdinand’s death, the only asset in the English estate was the property. The personal representative of the estate, being Ferdinand’s son by one of his other wives, had served notices for Alice, her son and his family to leave the property. In defence of the claim for her removal, Alice advanced a counterclaim that she was entitled to occupy the property for life, in line with the promises made by Ferdinand.

The personal representative then appealed that decision, arguing that Alice’s rent-free occupation amounted to a countervailing benefit that the court ought to weigh against the equity. The appeal has been dismissed, with the judge finding this not to be the case. It was found that Alice was occupying the property as a result of being Ferdinand’s wife, rather than as a result of any promise made to her in other cases relied upon. As such, the judge held that Alice’s expectation that she continue to occupy the property was not extravagant or disproportionate and therefore the life interest was appropriate.

While the circumstances of this claim would more often give rise to a claim under the Inheritance Act 1975, it highlights the increasing number of claims that are coming before the courts in relation to estates. The increasing number of these cases, both in terms of estoppel and provision claims is likely due to increasing values in properties and estates, together with increasingly complicated family structures. Cases such as this highlight the importance of taking advice in order to regularly review a valid Will in order to try and avoid costly litigation. 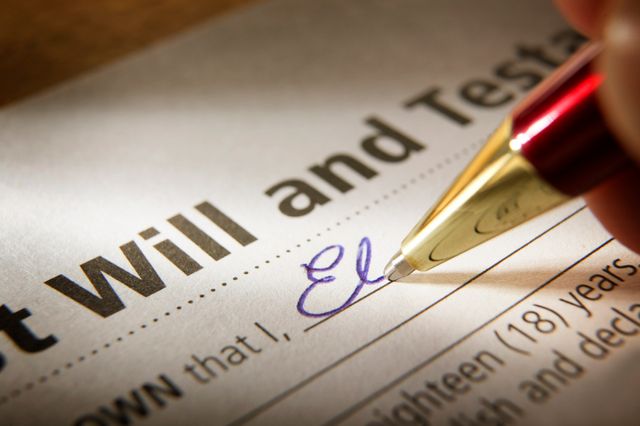