The ongoing saga of Akhmedov v Akhmedova has continued with Mrs Akhmedova taking her own son to court over his alleged role in the divorce settlement awarded to her in 2016 not being paid out.

In December 2016, Russian oligarch Farkhad Akhmedov was ordered to pay the his ex-wife Tatiana Akhmedova £453m in one of the biggest divorce settlements in history. The husband has not voluntarily paid a penny of that award, and enforcement to date has only realised about £5 million.

Mr Akhmedov's main identified assets are a $450m superyacht; an extensive art collection valued at $145.2m; and cash and securities worth around $650 million held by Cotor at UBS. The superyacht and the artwork were transferred into Liechtenstein trust structures in November 2016, the month before the trial of the wife's claim for financial relief against the husband. Between 2015 and 2016 Cotor transferred at least US$60 million from the monetary assets to their son Temur's Swiss bank account.

Since December 2016 Mrs Akhmedova has continued to fight for enforcement of her financial order in this long-running case. It is the wife’s case that the husband has tried to put assets beyond her reach and she has taken legal action in the UK and abroad to try and enforce payment; this has led to her becoming embroiled in litigation.

On 28 October, Mrs Justice Knowles considered a without notice application by the wife for a search order against Temur. At a hearing in June 2020, the wife contended that Temur played a key role, essentially as his father’s lieutenant, in the husband’s strategy of evasion, in particular by devising and executing schemes. The application was made without notice, because it was suspected Temur or an associate may have sought to remove, destroy or tamper with the devices which were the subject of the application.

The wife had obtained a worldwide freezing order and ancillary disclosure orders against Temur at a without notice hearing on 17 July 2020. That order was continued at a hearing on 23 July 2020. On that date, Mrs Justice Knowles made an order requiring Temur to deliver up and provide access to his electronic devices and cloud storage accounts, and for these to be forensically examined by an independent IT expert.

Temur failed to deliver up his devices. Temur stated that his electronic devices, including the only desktop computer which he admitted to owning, were lost in transit from France to London when he was seeking to comply with the forensic examination order.

The wife became aware on 20 October 2020 from material provided by Temur's solicitors that Temur was likely to have further electronic devices in his flat. These had not been disclosed by him or delivered up in accordance with the forensic examination order. Those circumstances gave rise to serious concerns as the wife contended that those devices contained critical evidence on the key issues in the proceedings, disclosure of which is necessary for their just resolution.

Mrs Justice Knowles stated that Temur has appeared to have actively concealed electronic devices in his flat from the wife, the court and his own legal representatives. Mrs Justice Knowles stated that there was clear evidence that the damage that would be caused to the wife would be very serious, arising from Temur's apparent failure to comply with this court's orders. Mrs Justice Knowles therefore granted a search order to allow the wife to preserve crucial evidence which would otherwise be destroyed or concealed. She also made a forensic imaging order of the electronic devices held by Temur.

On 4 November 2020, the matter was returned to court to consider the search order and forensic imaging order granted without notice by the Judge against Temur on 28 October 2020. The search order was served and successfully executed on 29 October 2020. It resulted in the seizure of 58 electronic devices, 47 of which appear to belong to Temur.

On 4 November, Temur invited the court to adjourn the return date for consideration as to whether the search order had been justified in law and fact. That hearing is listed to commence on 30 November 2020. The wife opposed the application to adjourn the hearing and she sought costs. Mrs Justice Knowles adjourned to the trial date consideration of the appropriateness of the grant of the search order together with the wife's application for costs and for an interim payment on account.

As Mrs Akhmedova awaits a resolution to her much-awaited divorce settlement, the matter is likely to go on for some time longer.

Akmedova, a British citizen, now believes that her 27-year-old son Temur is helping his father to hide assets from British authorities. A raid on Temur's London flat last month seized 58 electronic devices - four of which were found to contain information relevant to the case, court papers show. 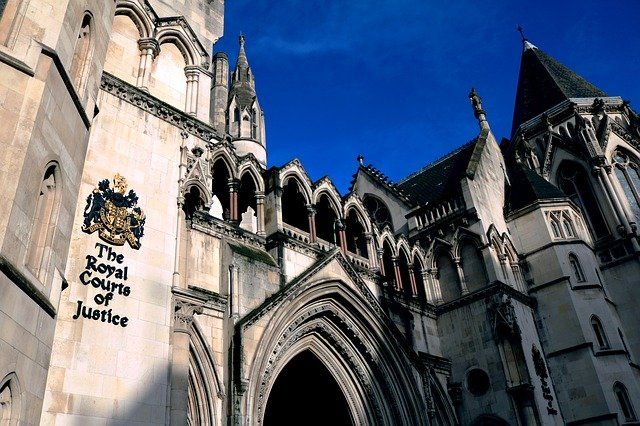