By Jelena Korobkova, solicitor in the Family Law team

In recent years the social norms and medical advances have made huge leaps to allow individuals and couples, who previously faced unsurmountable difficulties, to become parents. The law has arguably tried to keep up with the fast-paced landscape of modern families to give legal recognition to different types of family units, although further reforms are awaited.

It remains crucial for those couples who are planning to become parents by means of non-traditional reproductive methods to plan their journey very carefully and to ensure that this is done within the legal framework, such as it is. Otherwise, some people might find themselves in positions that they had never envisaged, struggling to reconcile the image of the family they had in mind at the outset with the reality that they eventually find themselves in.

The risk of not planning a parenthood journey carefully was recently illustrated by the decision of Mr Justice O’Hara in a case involving a same-sex female couple, who intended to become parents to a child with the help of a sperm donor.

The dispute before the court was focused on the sperm donor’s contention that it was agreed that he would continue to have some form of contact with the child and the couple’s assertions that that was never the intention. Unfortunately, the couple had elected not to undertake treatment at a licenced clinic, which would have allowed the possibility of parenthood being assigned to the mother’s partner. Furthermore, there was no written agreement in place between the parties to indicate what their intentions were at the outset.

The court held that the sperm donor will remain the child’s second legal parent. In other words, the biological mother of the child and the sperm donor will share legal parenthood and parental responsibility for the child, which means they will share the legal rights and responsibilities as parents of that child. Legal parenthood affects a wide range of areas such as the child’s nationality, inheritance and the parents’ financial responsibility for the child. The mother’s partner, therefore, for all legal intents and purposes, is not this child’s parent.

The impact of this decision no doubt would have been heart-breaking for the family. However, had the parenthood been carefully planned and had the couple gained the insight as to their legal position, this could have very much been avoided.

The intentions of the parties alone at the time of conception are not determinative on the status of the relevant adults when a child is born. Careful steps must be taken to ensure that what is intended does in fact come to fruition.

No doubt changes to the law are still needed in cases involving modern families to make the process easier to follow and for those involved to become parents without having to jump over arbitrary obstacles. However, pending changes to the law, it is important to bear in mind the sobering remark made by the judge in this case, that “people put more care into arranging a holiday than these three adults did for [the child]…”

The judgment from Mr Justice O’Hara, which followed a hearing earlier this year, is a further example of the discrepancies that can arise between the allocation of legal parenthood according to law and the social family unit in which the child is to be raised. 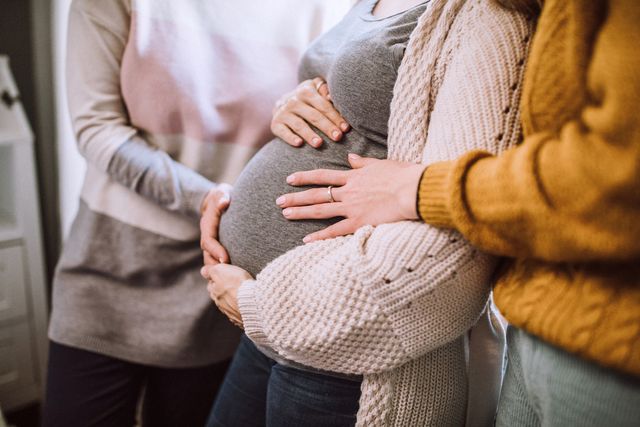 Sperm donor’s win is a lesson in the need to plan | Law | The Times https://t.co/1EIAzFXQ1K

We have seen the happy stories, and the heartbreaking ones, that arise from sperm donation. The message is always that planning is essential. I comment in an article today about a Judge’s forthright comments when it has not happened https://t.co/uDPpwHCr33