By Candice Bull, solicitor in the Family Law team

The surrogacy journey is an exciting yet nerve-wracking and emotional one for all involved. Where a couple intend to be the legal parents of the child in question, it requires commitment from both over a considerable period of time, often taking months or even years until the child arrives at their new home with their new legal parents.

In order to become legal parents of the child, parties must apply for a parental order or adoption. To meet the requirements for a parental order in the UK (in the case of a couple applying to become the legal parents), at least one applicant intended parent must be genetically related to the child (i.e. the egg or sperm donor); the applicants must be married, civil partners or living as partners; the child must be living with the applicants and the applicants must reside permanently in either the UK, Channel Islands or Isle of Man. The application must also be made within six months of the child’s birth.

In this case, the parties married in 2009 and decided to pursue a surrogacy arrangement in 2017 following the intended mother suffering seven consecutive miscarriages. An embryo, created using the father’s sperm and an egg from a donor, was implanted into the surrogate in August 2017. The intended mother requested that the father’s unused sperm was stored for a period of five months. The pregnancy was confirmed in September 2017 and the child was born in 2018. Thereafter, the couple made a joint application for a parental order on 12 July 2018.

Prior to the child being born, the couple’s relationship broke down and the intended mother arranged for there to be a second surrogacy using the father’s unused sperm without his knowledge or consent. The father asserted that he learnt of this second surrogacy in March 2019 when it was far too late for him to do anything about it and the surrogate gave birth to twins later in 2019.

In respect of the parental order, the judge referred to the statutory criteria set out in s.54 of the Human Fertilisation and Embryology Act 2008 (‘the Act’). S.54(4)(a) of the Act provides that at the time of the making of the order, ‘the child’s home must be with the applicants’. This presented a legal issue in the case since the parties had separated and were living apart. It was agreed by all parties that all other criteria of s.54 was satisfied.

The judge considered the circumstances in which it was appropriate to read down the statutory criteria of the Act in order to meet the convention rights of the parents and/or child set out in the case of Re A (Surrogacy: s.54 Criteria) [2020] EWHC 1426. The judge also considered the case of Re X [2020] EWFC 39 which made it clear that the provisions in the Act could be read down where to permit the parental order being made would not be compatible with the ‘underlying thrust of the legislation being construed’ which aimed to secure the rights of any child born as a result.

In respect of the interpretation of s.54(4)(a) of the Act, the judge considered the case of A & B (No.2 – Parental Order) [2015] EWHC 2080 (Fam) in which it was observed that ‘if de facto family life is established’ on the facts of the case ‘then there is a positive obligation to construe statutes in a way as to enable them to comply with the Convention [The European Convention on Human Rights]’. Another case, AB (Foreign Surrogacy – Children Out of the Jurisdiction) [2019] EWFC 22 found that a ‘broad and purposeful’ interpretation could be given to the term ‘home with’. The judge found that there was no question a de facto family life was established on the facts and gave a similarly wide and purposeful interpretation in this case. Both applicants intended to care for the child and the term ‘home’ should not be restricted to cases where the applicants live together under the same roof.

Taking into account the reasons why a court may read down the criteria of s.54, the justification for doing so and the adverse consequences for the child and parties should the court not make a parental order, as well as the interpretation of the term ‘home’, the judge was wholly satisfied that it was in the welfare best interest of the child that he made a parental order in favour of the mother and father.

A further hearing on the matter will be heard later this year in which the judge will decide the issue of whether he should restrict the exercise of the mother’s parental responsibility, as sought by the father. Expert evidence will also be heard in respect of the way forward for the child and the twins (his half-siblings) who are yet to meet.

On the basis of this case, it certainly seems there is hope for separated intended parents seeking a joint parental order, as long as this in the best interests of the child. 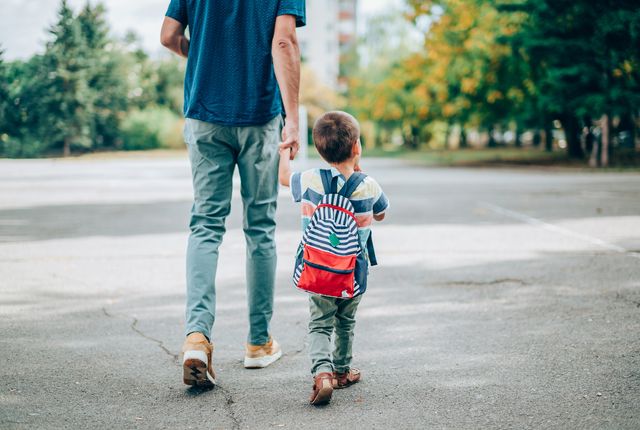