By Danni Brannon in the Will, Trust and Estate Disputes team

According to a recent report by the Ministry of Justice – and the resulting headlines – we are seeing “inheritance battles soar” (The Times) and “inheritance disputes reaching an all-time high” (Today’s Wills & Probate) – but those statistics provide only a small snapshot of the claims relating to deceased’s estate.

The report only covers claims for reasonable financial provision under the Inheritance (Provision for Family and Dependants) Act 1975, and only where those claims have been issued in the Chancery Division of in the High Court in London.

Issuing proceedings should be a last resort; and usually only because settlement negotiations have stalled, or they are required to protect a claimant’s right to bring a claim within time. Claims which have been settled prior to issuing, or those that are abandoned, never enter the court system and go unrecorded. In our experience, the majority of our cases are resolved without the need for court proceedings, particularly with the court becoming more receptive to standstill agreements which give the claimant more time before they have to issue.

When cases are issued, there is no requirement for the case to be issued in the Chancery Division of the High Court – they can also be issued in the Family Division, and such cases are not reflected in the figures. There's also no requirement for the case to be issued in London, and ordinarily the parties would look to issue in their local regional court, and sometimes in the county court, depending on the value of the case. Our team operates nationally and, when a claim does merit issuing, we do so all over the country. Regional cases are simply not included within the Ministry of Justice’s figures, and could paint a very different picture.

Claims for financial provision are not the only claim one can bring in respect of a deceased’s estate. Another route available to a claimant is to challenge the validity of a deceased’s will. However, the information available as to whether such claims are on the rise is incomplete. The Chancery Division of the High Court in London reported a fall in cases in 2019 – 72, a decrease from 85 in 2018, which doesn’t match the narrative that such cases are on the rise. And again, this does not give consideration to any claims issued in regional courts, or any claims that may have been settled through negotiations without the need for legal proceedings to be issued.

Therefore, the small datasets and overall numbers cannot be said to represent the entirety of the country (or even just London) in terms of contentious probate claims that are being brought each year. In 2019, 530,841 deaths were registered in England and Wales, of which 236,000 grants of representation were issued. This would mean that the above registered numbers of claims brought under the Inheritance (Provision for Family and Dependants) Act 1975 would only make up 0.07% of cases where a grant of representation was obtained. If the dataset reported were to include regional courts, this number would inevitably be higher, and would be higher still if settled claims were included, but there is no way of truly knowing if such cases are on the rise.

We are seeing speculation as to what impact coronavirus will have on the volume of claims relating to a deceased’s estate. One of the key areas of concern is the ability for Wills to be validly executed during lockdown.

In April 2020, the Law Society published guidance that any will to be executed in England and Wales still required a physical presence of a witness for signature, in line with Section 9 of the Wills Act 1837. This means that wills cannot be executed remotely, for example by way of video link, however, we understand that legislation is now being considered to retroactively make such remote execution valid.

While that hurdle may be removed, where a Will is executed remotely, it may still remain vulnerable – and perhaps more so – to other grounds of challenge, such as testamentary capacity or undue influence. And it sadly remains the case that a person dying with a Will is the exemption and not the norm as the majority of adults die without a Will.

Finally, one area to be alert to as lockdown eases is financial abuse. We have seen lifetime protections – such as those surrounding equity release – relaxed. That, coupled with the pressures lockdown has placed on the most vulnerable, gives cause for concern that financial abuse claims are also likely to be on the increase, and often such abuses are only discovered upon death.

While we don't have the full picture to say for certain whether inheritance disputes are on the rise, we can certainly see new challenges on the horizon.

According to figures released by the Ministry of Justice (MOJ) and reported in The Times, a total of 188 cases were brought by individuals who claimed they were entitled to a share of, or a larger portion of, an estate – up from 128 in 2018, 145 in 2017 and the previous record 158 in 2016. 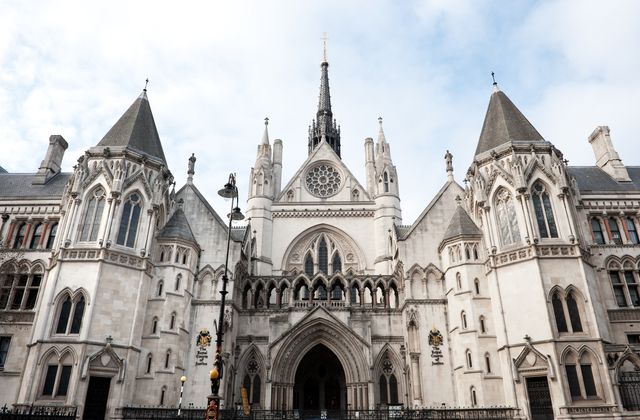