By Jodie Buck, solicitor in the Will, Trust & Estate Disputes team at Irwin Mitchell LLP

In this unusual High Court case, the tragic probate claim relating to Dean Brunt’s estate was decided just this week. Dean sadly passed away in 2007 age 35, after stepping out onto a track in front of a train.

Dean’s mother Marlene was granted letters of administration to deal with Dean’s estate in July 2008 on the basis that Dean died without a will (also known as dying intestate). A claim was issued in November 2018 by Dean’s uncle, Winston (known as Bob), seeking an order to revoke the grant on the basis that Dean did not die intestate as two duplicate wills dated 2 March 1999 were discovered many years after Dean’s death, the second Will being found after a cat knocked over a pile of papers in the solicitor’s office!

Marlene and Dale (Dean’s brother), noticing a number of errors in the documents, argued that the Wills were forged and had been made after Dean had died. They asked the court to dismiss the claim on the basis that either the Will was a forgery, it wasn’t properly executed or because Dean didn’t know and approve of its contents.

Despite the Will not being signed by Dean – instead at his direction by Howard Day, a consultant (who was convicted of dishonesty and sent to prison in 2003) - and the experts concluding it was likely the signatures were written years after 1999, plus the unusual circumstances in which the Will was discovered 10 years after Dean’s death, the Master upheld the validity of the Will on the basis of compelling documentary and witness evidence.

Dean had a sizeable estate consisting of a farm and assets he’d inherited from his grandfather, plus his own interest in a business he had with his siblings; it’s reported his estate was worth £2m. On the basis that he died without a will, his mother would have inherited his entire estate as Dean died without a spouse or children.

The relationship between Venetia (Dean’s sister) and Bob on the one hand, and Dale and Marlene on the other, began to deteriorate in relation to Dean’s estate; Venetia always incorrectly believed she owned half of Dean’s assets with Dale but in 2016, much to her surprise, she found out that she did not own half and that Dean died intestate.

Following this, Bob and Venetia began to search through Bob’s deceased wife’s papers (Dean’s aunt) and they came across a purple folder with the words “Dean’s Will” written on the front, but the folder was empty. The words were found to be in Dean’s aunt’s handwriting by the two experts instructed on the case.

In 2018, over 10 years after Dean’s death, the first original Will was located by one of the witnesses to the Will in Howard Day’s offices. The Will gifted the majority of Dean’s estate to his siblings, Dale and Venetia. It gave a small legacy of £20,000 to Marlene, his aunt and Bob and gave his share in the property at the farm to Bob and his aunt.

The Will was signed by Howard Day at Dean’s direction and he confirmed that both witnesses and Dean were present at his office when Dean’s Will was signed by him. Bob and Venetia believed that Marlene and Dale were aware of the existence of the Will, but destroyed the copy which Dean’s aunt retained.

Bob issued a claim at court in November 2018 to uphold the 1999 Will. The matter progressed to trial in March 2020. To complicate matters further, Howard Day died before the trial and wasn’t able to be cross-examined. Shortly before the trial in February 2020, Bob’s solicitor discovered a duplicate original of the Will in a file of papers provided to her from Howard’s offices. This Will was apparently discovered after a cat knocked over the papers which were waiting to be shredded!

At trial, Marlene and Dale sought to rely on the bad character of Howard Day given his dishonesty conviction. However, while the Master accepted he had to treat documents and evidence coming from him with caution, this did not affect the end result; the Master found in favour of Bob and upheld the 1999 Will deciding that it was not a forgery.

The Master found that the most likely situation is that Dean’s aunt provided the copy of the Will that she had to Marlene, who took the view that it was not Dean’s Will but a Will done by Howard Day and chose not to reveal it.

He found Marlene and Dale deliberately kept Venetia and by extension Bob in the dark about the fact that letters of administration had been granted. It was also the Master’s view that the contents of the Will weren’t suspicious as Dale and Venetia are the principal beneficiaries and Howard Day didn’t benefit from it.

This case serves as a reminder that given the serious nature of an allegation of forgery/fraud, compelling evidence is required to prove it. While the standard of proof is the balance of probabilities (i.e. more likely than not), as an allegation of fraud is so serious, it is inherently more unlikely and therefore strong evidence is required to make out such a claim.

Despite what seemed like strong evidence for the defendants in terms of Howard Day’s bad character, the unusual circumstances of the case and the expert evidence, the witness and documentary evidence in this case was crucial for the Claimant and the Master clearly applied significant weight to such evidence.

It’s important in such cases to look at the whole picture rather than being fixated on evidence which may appear compelling when looking at it in isolation – and it’s also vital not to underestimate the importance that witnesses play in such cases.

Once again, the importance of detailed attendance notes in this case and ensuring that a client’s instructions are properly recorded to prevent future disputes has been highlighted. On that note, there are many steps which can be taken to avoid a situation like this, for example:

You can find the full judgment here.

A sister has won a £2m inheritance fight after her dead brother's will - lost for two decades - was discovered when a cat knocked over a pile of papers in a solicitor's office. 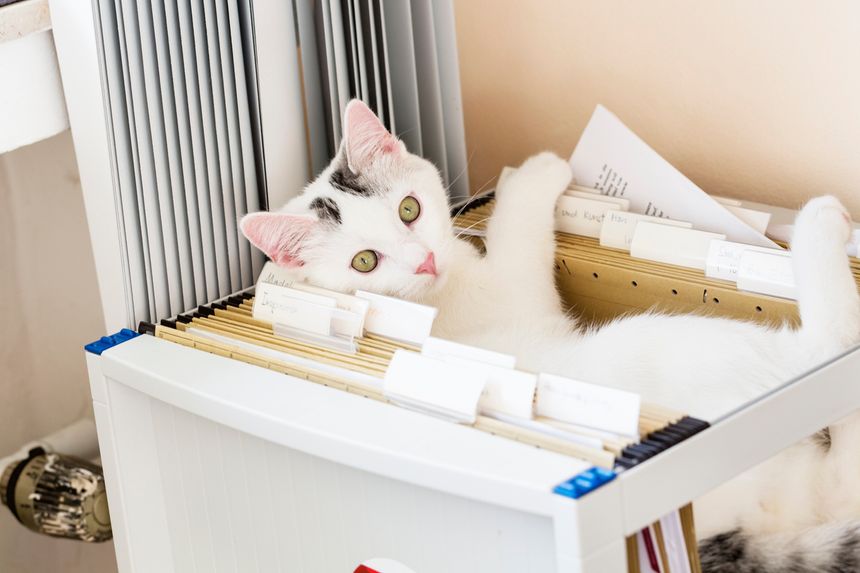 This is why registering your clients' Wills and conducting a Will Search with The National Will Register is important. Why didn't the solicitor or the Personal Representative conduct a Certainty Will Search? https://t.co/huvsAWIuxQ#FindAWill