A woman left infertile when her cervical cancer was spotted more than four years after her initial smear test, is entitled to funds to pay for surrogacy in California, the Supreme Court has ruled.

The 36-year-old from London, whose identity is protected by court order and in which she is referred to as XX, was diagnosed with cervical cancer in June 2013. She had a first smear test in December 2008 which was incorrectly reported. There were also several other missed opportunities to diagnose her cancer between December 2008 and June 2013. Following chemo-radiotherapy, the only option available to XX in starting a family is through surrogacy, using her own eggs which were harvested just before she started treatment, as well as using donor eggs.

She instructed specialist medical negligence lawyers at Irwin Mitchell to investigate the care she received from the Whittington Hospital NHS Trust, which admitted that the care had been negligent.

The Court of Appeal ruled unanimously that she was entitled to funds to cover the costs of accessing surrogacy services in California where there is a secure legal framework in place for surrogacy, which ensures that the interests of all involved, the surrogate, the commissioning parents and any resulting child, are properly safeguarded. This differs from the UK system where any agreement between a surrogate and an intended parent is unenforceable.

The NHS appealed that decision leading to a Supreme Court hearing at the end of last year. Lady Hale, Supreme Court president, handed down judgment ruling that the woman should receive funded surrogacy in the USA.

In her judgment Lady Hale said the decision did not mean damages in similar cases will always be awarded. She said that proposed treatments must be reasonable and, but for negligence, there would need to be good reason to believe a woman would have had children. She added that applications for surrogacy in countries with an unregulated system should not succeed and that the costs involved in cases must be reasonable.

Expert psychological evidence presented to the Supreme Court supported XX’s case that she would struggle to cope with the uncertainty of the UK system particularly.

By contrast in California XX can obtain a pre-birth court order naming her as the legal parent of the unborn baby, thereby providing legal certainty for the baby, the surrogate and herself. She is responsible for that baby including any medical needs as well as those of the surrogate and there is a legally binding contract in place.

Kathryn Evans, Senior Associate in the Family Law team at Irwin Mitchell, acknowledges the great work that her colleagues in the Medical Negligence team carried out for XX and reminds anyone considering surrogacy to ensure they properly follow the legal process, as a failure to do so could leave them unprotected from issues which could arise in the months and years ahead.

“Many countries and legal jurisdictions across the world do give legal rights to the intended parents of a child born through surrogacy, but it must be stressed that there are no such automatic rights in England and Wales – even if both the sperm and egg of such intended parents are used in the process.

“As such, it is vital that intended parents who plan to live in England and Wales with a child born through surrogacy apply for a parental order to ensure they have full legal rights in relation to that young person. Failing to do so could lead to significant issues in the long run.”

Discussing the issue further, Kathryn outlined the criteria that intended parents have to meet when applying for a parental order.

She explained: “At least one of the parents would need to be domiciled in England and Wales, while one would also need to be a genetic parent. The child may also have to be living with the intended parent(s) at the time of the application.

“Consent for the application would also have to be provided by all individuals who under the law of England and Wales are automatically considered the child’s legal parents at birth. This will include the surrogate mother and, if she is in a marriage or civil partnership, her spouse or civil partner too. This should be provided a minimum of six weeks after the baby is born.

“In addition, the surrogate mother should not have received any remuneration above reasonable expenses linked to having the baby, with this being a key point especially if surrogacy has taken place in a country where commercial payments to a surrogate mother are allowed. Finally, applications for an order should be made within the first six months of the child’s life.”

Kathryn added: “The courts will review all of this carefully so legal advice at the earliest possible stage is an absolute necessity. Getting this support will also allow parents to enjoy their precious time with the new addition to their family rather than enduring a prolonged and stressful legal process once the child has arrived. Intended parents and, indeed, surrogates should also give careful consideration to their wills in light of this exciting life event and take appropriate legal advice in this regard.”

The current legal position regarding surrogacy in the UK raises a host of issues, from the fact that parental order applications can only be made after a child has been born, to a general lack of regulation and clarity around surrogacy payments. Fortunately, those topics were raised by the Law Commission ahead of their consultation into the issue last year.

Kathryn says: “The consultation was undoubtedly a welcome step forward on this issue and it did raise proposals which could have a significant impact on some of the matters which are often mentioned when it comes to surrogacy.

“For instance, it looked at the idea of introducing a pathway which would mean the intended parents become legal guardians of a child from the moment of birth. In addition, it included ideas for regulation and support designed to reduce the risk of complications emerging within an arrangement.

“The Law Commission is now producing a final report with its recommendations for the future, so it will be intriguing to see what emerges in the coming months. We also hope the report will show further thought and consideration has been given to how the children born through surrogacy come to learn of and understand their origin stories, to ensure their future welfare and emotional well-being are protected.” 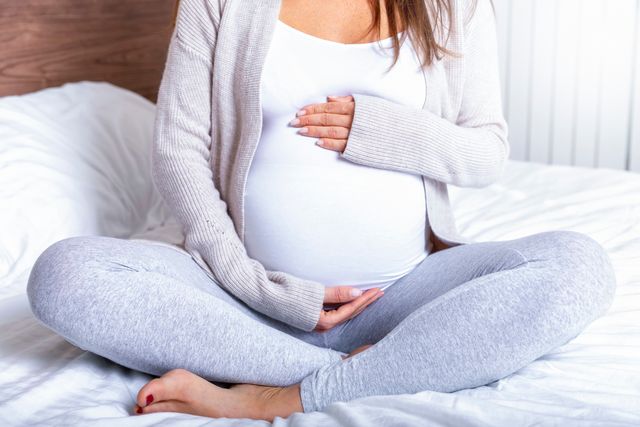 A #London woman left infertile after cervical cancer is entitled to the cost of surrogacy in the #USA, the #SupremeCourt has ruled. It means that after 10 years the woman, known as XX and supported by our lawyer @AnnamKavanagh, can try and start a family. https://t.co/Xomouxf0kD pic.twitter.com/bOxHinhkCP