Family proceedings, particularly those relating to children, are rarely reported in detail in the media. Although accredited journalists may be present in court, there are legal restrictions on what can be said outside the court room.

From time to time, the court will relax reporting restrictions having weighed up the different interests involved – these might include the public interest in the media reporting what goes on in the family court as against the privacy of the individuals involved.

It’s hardly surprising that when applications brought by members of Dubai royalty were made to the family court in London that there was substantial media interest. Sheikh Mohammed bin Rashid Al Maktoum the ruler of the Emirate of Dubai initially applied to the court after his wife Princess Haya bint Al Hussein had brought their two children to London. She in turn sought protective orders and the children (aged 7 and 12) were made wards of court. The father accepted they should remain in the UK but sought contact with them.

There were a number of aspects to the proceedings which were heard by the President of the Family Division, and the Court of Appeal has subsequently upheld his decisions.

Firstly the mother made allegations against the father including that he had kidnapped and imprisoned the princesses Shamsa and Latifa, two of his daughters by another of his wives, who had attempted to leave Dubai. Shamsa had been in England when she was kidnapped in 2000 and Latifa was taken by an armed commando assault at sea near the coast of India in 2018. The mother also alleged that the father had mounted a sustained campaign against her since the beginning of 2019 designed to instil fear and to intimidate her. This included her finding a loaded gun in her bedroom and notes threatening to take the children from her, the Sheikh publishing threatening poetry about her and a helicopter landing in her garden and the pilot indicating she was going to be taken to a desert prison. Further, the father had promoted a false narrative in the media concerning her private life and her financial and political activities.

The judge conducted a fact finding hearing to establish whether, on the balance of probabilities (the civil rather than the criminal standard of proof), these things were true. The father made it clear through his legal team that he would not attend court for any of the hearings. This meant he could not be cross examined and the judge had to take into account that he was hearing only one side of the story. Despite this he found that the evidence was convincing and the allegations were all proved, save for one that the father had tried to arrange a forced marriage for the parties’ daughter.

A fact finding hearing is generally carried out where there are things that need to be determined before the court can decide what arrangements should be made for children in their best interests. This welfare hearing is scheduled to take place at the end of March 2020.

Despite not appearing in court, the father did give certain assurances and waived his international law right to sovereign immunity in so far as the proceedings before the family court were concerned. Certain individuals such as heads of state and officials attached to an embassy can generally claim immunity from the jurisdiction of state authorities including the courts. For a foreign ruler to waive their rights in this context is unprecedented. The status of the assurances given by the father was the subject of another judgment by the President who found that they would not prevent a breach of the court’s orders. Importantly they would not stop anyone acting on behalf of the father claiming diplomatic immunity if for example they were caught trying to abduct the children.

The media had been present during some of the proceedings and they sought publication of the judgments and to be able to report what had taken place in court. They argued there were public interest arguments given the consequences flowing from the judge’s findings. As the judge himself said this could involve “behaviour which is contrary to the criminal law of England and Wales, international law, international maritime law, and internationally accepted human rights norms.”

The mother also sought publication because of the false reports circulating and her inability to counter them, even with her friends and family, because of the restrictions on being able to discuss court proceedings. The children’s guardian supported some publication and the father opposed it altogether.

The judge balanced the various competing rights and found that the media’s rights together with those of the mother and the children’s best interests favoured publication. It’s unusual for publication to be ordered on the basis of children’s interests (usually courts are concerned to protect their privacy), but here the President noted that this family were already in the public eye, so it was not about introducing media attention so much as correcting the facts. In addition, publication could take place straight away rather than waiting for the conclusion of the welfare hearing.

There is a move in the family court towards greater transparency and this case is a demonstration of the family court being unwilling to protect privacy and reputation where the public interest demands otherwise. The information which has come out of the publication of these judgments may lead not only to record being set straight for Princess Haya and the children, but also to questions being asked about the actions of the UK government when Princess Shamsa was kidnapped. 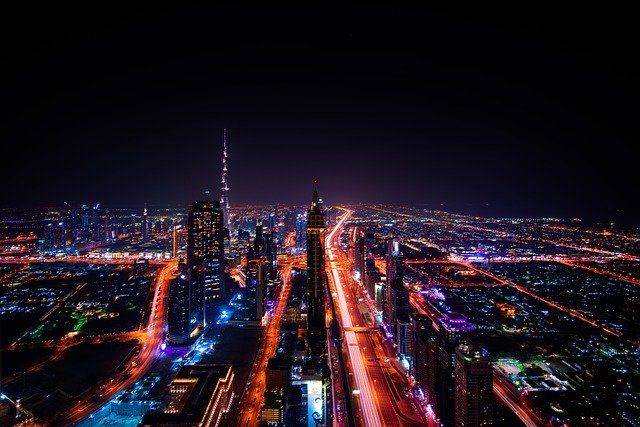 Sheikh Mohammed is Dubai’s emblem. He is modern, adventurous, closely tied into the west, with a love of high-tech and bling. But he also has deep roots in the patriarchal, tough-minded society from which Dubai has so recently sprung, writes Richard Spe... https://t.co/4Gwo1l7cs7