It is sometimes possible for the English Family Court to make a financial order where the divorce has taken place in another country, and even where that other country has already made a financial order itself. The piece of legislation is Part III of the Matrimonial and Family Proceedings Act (Part III for short).

Sometimes these cases involve considerable wealth, while sometimes it is a way of achieving a fair result in cases where the foreign court was unable to make orders that would take effect on English assets. Pensions are a good example of this – an English pension company will not be bound by a foreign order, and the only way an English court can make a pension sharing order if the divorce took place abroad is by way of an application under Part III.

One of the requirements for making a successful Part III claim is that there is a connection to this country. The courts have also made it clear that they are not simply going to “top up” awards that have been made abroad but which are not as generous as would have been made here. On the other hand it is not just about relieving hardship. The greater the connection with this country, the more prepared the court will be to make an award that is closer to what a court here would have ordered had the divorce taken place here.

The ability of the court to make these orders has reinforced claims that London is the “divorce capital of the world” and that the English Courts are inclined to make generous awards, thus promoting divorce tourism.

A recent case has underlined that becoming resident in this country after the marriage has ended where there was no connection to this country during the marriage (but clear connections elsewhere) is unlikely to be enough. Mrs Potanina was formerly married to Mr Potanin, a Russian billionaire. He made his fortune during the course of their 25+ year marriage. Having spent their married life in Russia, there were extensive court proceedings there and she was awarded $84m (although she disputed it was that much) by the Russian Court in 2015. This was half of the jointly held assets in accordance with Russian law, and was paid in full by Mr Potanin.

However Russia does not recognise the concept of trusts and its family law does not look behind apparent ownership at the underlying beneficial ownership. The English courts are much more willing to do this and Mrs Potanina had hoped that this would unlock some of the billions of dollars that her husband had tied up in trust and corporate assets in different countries. Mr Justice Cohen recognised that had divorce proceedings taken place in England, Mrs Potanina would have received far more than she got from the Russian court, and even that her reasonable needs had not been met in the context of such vast wealth, however that was not sufficient reason to give her a second bite at the cherry.

Initially the judge had granted Mrs Potanina permission to bring her Part III claim in the English Court, but having heard Mr Potanin’s arguments he concluded that she had not told the court the whole story and permission has been withdrawn. He noted that “if this claim is allowed to proceed then there is effectively no limit to divorce tourism”.

The judgment indicates that Mrs Potanina intends to appeal the decision, so this may not yet be the end of the story. Further, family lawyers are following with interest the case of Villiers which will be heard by the Supreme Court on 10 December. In that case the court will determine whether Mrs Villiers' claims for maintenance should be heard in England where she moved after separating from her husband (rather than in Scotland where the divorce was started by Mr Villiers). The maintenance potentially available to Mrs Villiers in England would be substantially more than in Scotland, but is she entitled to take advantage of it? We shall see. 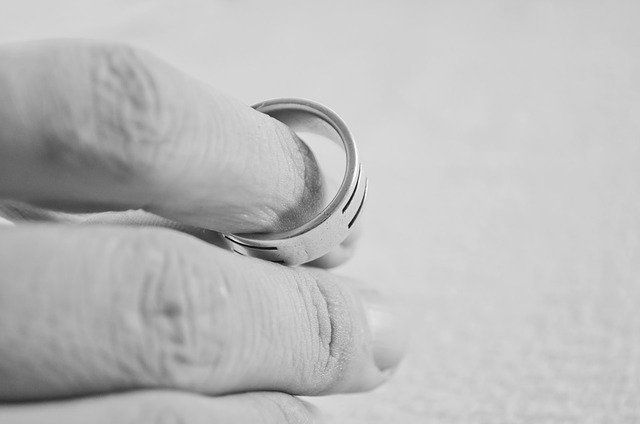 The Family Division dismissed the wife’s application for leave to apply for financial relief. If the claim was allowed to proceed, there would effectively be no limit to divorce tourism. >> https://t.co/sabg1LT0M9 pic.twitter.com/Q02UWHQOqg

Supreme Court acknowledgment of the challenges posed by surrogacy law in the UK?
Hayley Trim

Social distancing for separated parents: can I still see my child?
Hayley Trim

Will disputes jump in cases - an explanation
Jenny Batchelor

Letter of Engagement 101: What to look out for
Kirstie Williamson

A will from 3003 and 'no-challenge' clauses: A deep dive into Dawson v Dawson
Jenny Batchelor
repost  cancel