In a recent dispute between cohabitees, the court has upheld an order that a claim form could be served on a defendant out of the jurisdiction by way of a Whatsapp message.

The case is that of Gray v Hurley, which is a complex, worldwide dispute in which the parties had been in a relationship from March 2013 to January 2019 and were in dispute about various valuable assets, sums of money and investments. During their relationship, the couple travelled regularly though had spent more time in London than anywhere else, albeit less than half of the relationship was spent in London.

The claimant started proceedings in England, arguing that each of the assets and investments had been purchased with her money and had not intended to be gifts. She was therefore seeking a declaration as to her ownership of these assets. There was also an allegation that there had been undue influence exerted over her by the defendant.

The defendant also started proceedings against the claimant in his native New Zealand, relying on New Zealand law which states that when a couple separated, their property was to be classified as either relationship or separate property.

In relation to the English proceedings, the claimant obtained an order for alternative service, by which she was given permission to serve the claim form on the defendant by way of Whatsapp message. The defendant then made an application to challenge the court’s jurisdiction, to set aside the order for alternative service and for a stay of the proceedings.

In respect of the jurisdiction point, there were various arguments about where the defendant was domiciled; whether a certain part of the claim, relating to an Italian property was subject to exclusive jurisdiction of the Italian courts and whether England was the appropriate forum for the case to be tried or whether there should be a similar test as with marital disputes where the presumption was that the law of the husband’s domicile applied to govern the mutual property rights.

Having considered all the arguments, it was held that the English courts did have jurisdiction. It therefore followed that the earlier order for alternative service, obtained by the claimant still had effect. Accordingly, the claimant had been entitled to serve the claim form on the defendant out of jurisdiction, extended to enable this to be done by WhatsApp.

This decision shows how the courts are now adapting traditional methods of service to take account of the technology available. By enabling a party to serve documents through the use of technology, the court also helps keep costs to a minimum as it avoids the need to instruct a process server over in New Zealand to deliver the documents personally.

An English family court has approved the serving of claim forms out of the jurisdiction by means of the WhatsApp messaging app. 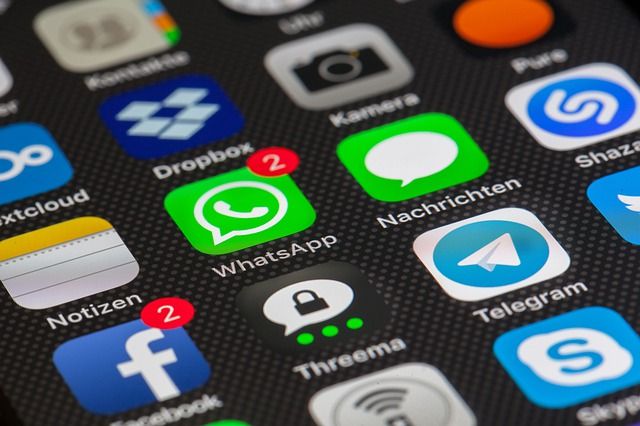 What a relief (from sanctions)!
Heather Roberts

IHT implications of leaving shared property by will
Eleanor Black

'Divorce tourism': there is a limit
Hayley Trim
repost  cancel