Official figures released yesterday by the Office of National Statistics confirms that the number of people cohabiting in the UK has risen by 25.8% over the past decade, making it the fastest growing family type in the UK.  The number of same-sex couple families has grown by more than 50% since 2015, with more than four times as many same-sex married couple families in 2018 compared with 2015.

In contrast, married and civil partnership couples as a family type has seen a decline, though is still the most common daily type in the UK representing around two-thirds of families.

Spokeswoman for the ONS, Sophie Sanders said: “The number of families and households in the UK has continued to rise in line with the growth of the UK population over the past decade.  However, the ways that people live have been changing. While married couple families remain the most common, cohabiting couples are the fastest growing family type as people increasingly choose to live together before, or without, getting married. There are also more people living alone than ever before, an increasing number of same-sex couple families and more young adults living with their parents.”

17.9% (3.4 million) of families now cohabit, whereas in 2008, it was recorded that only 15% (2.7 million) cohabited.  This is a significant increase, and as an associate solicitor practicing in will, trust and estate disputes, goes some way to explain the increase in claims by cohabitees after someone dies.  May couples have the mistaken belief that when they cohabit, they have a ‘common law marriage’, and that this affords them some rights.  However, there is no such thing as a common law marriage in the UK, and upon separation or death, the rights that the parties have, are very limited.

For example, if a couple live together as ‘man and wife’ but do not marry, upon the death of the first person, the second person has no legal right or entitlement to that person’s estate.  If that person did not leave a will therefore, the rules of intestacy apply, which make no provision for cohabitees.  This can often leave a surviving partner facing homelessness and destitution, if the deceased’s family decide to stand by the rules.  The survivor can sometimes bring a claim under the Inheritance (Provision for Family and Dependents) Act 1975, for reasonable financial provision from their late partner’s estate.  However, very few people are aware of their ability to bring such a claim, and have a very short timescale to do so, being just 6 months from the date that the grant of administration is issued for the estate.

Research carried out by the Royal London Insurance company in December 2018, showed that 5.4 million adults in the UK do not have a will, making up 54% of the population.  This means that there could be around 1.5 million cohabiting couples that don’t have a will, and are therefore completely unprotected in the event that their partner dies.

My colleague Hannah Saxe, a senior associate solicitor in our family law team, has also considered the impact of these statistics on couples that separate.  She commented: “What this emphasises is the on-going need for a change in the law to protect unmarried couples (and those who are not in a civil partnership) when their relationships breakdown.

"The ‘common law marriage’ myth means that many people believe that if they have been in such a relationship for a long time then the laws relating to divorce or dissolution of a civil partnerships, which allow courts to divide assets and resources in a manner that is fair to both partners, apply to them.  In actual fact, there is very little legal protection available to unmarried couples if they separate.

"It does not matter how long a couple have been together, if they are not legally married or in a civil partnership, they will find it very difficult to make claims against each other’s assets if they split up. For example, they have no basis upon which to apply for on-going financial support from their partner (apart from claims for the benefit of their children)."

It is important that people realise the lack of protection that they have as a cohabiting couple, which is not to say that all couples should look at getting married, or entering into a civil partnership.  There are ways to ensure you are protected, such as making a will or cohabitation agreement, with a specialist solicitor.  These cost a small amount of money now, in comparison to the legal costs that might have to be incurred if court proceedings have to be issued later down the line, when it’s too late.

The traditional household of a married couple with children is giving way to cohabiting couples and people living on their own, research reveals. The overall number of families in the UK rose by 8% between 2008 and 2018, from 17.7 million to 19.1 million, accompanied by a marked change in the ways people are choosing to live. 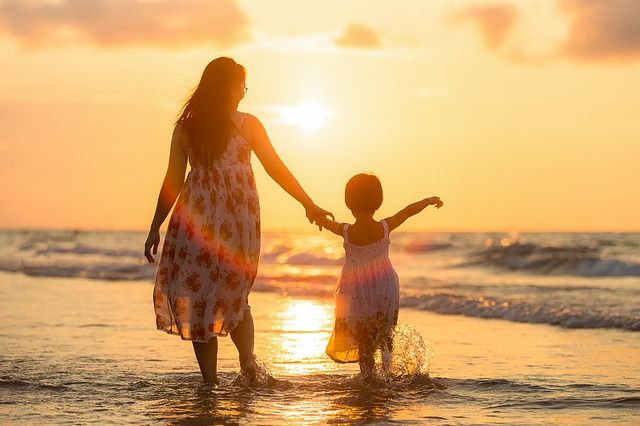 Unfortunately most couples never find out that cohabiting means 0 in law until the unthinkable happens. Advice:- Get married & make a will.
I never felt marriage was important... until the day Paolo died https://t.co/at9fakErJT

The number of married same-sex couples has continued to grow rapidly, and numbers cohabiting or in civil partnerships has decreased. 👰👰https://t.co/OFcf2MiSDw