The High Court handed down a ground-breaking judgment this week, in the first case to deal with whether someone who assists a terminally ill loved one to commit suicide can nevertheless be permitted to inherit from them.

Alex and Sarah Ninian had been happily married since 1983. In 2013, Alex was tragically diagnosed with Progressive Supra-nuclear Palsy, a progressive incurable disease. He told Sarah that he had decided to travel to Switzerland in order to end his life at the Dignitas assisted suicide clinic. She initially tried to dissuade him from following through with his plan, persuading him to inform his doctors in the hope that they could offer him alternative options that would change his mind.

However, Alex, who was described by his wife as a 'fiercely independent individual', remained resolute that he wished to end his life, and Sarah reluctantly arranged flights to Switzerland and accompanied her husband onhis final trip. At this point he was unable to speak, and he would have been unable to travel to Dignitas unaided.

“A few months before his death, I asked him if he got any enjoyment out of life at all and he gave me the thumbs down. I spent a year trying to get Alex to change his mind but he was solid in his decision that he wanted to be dignified to the end which is why he chose to end his life. He faced a future that he did not want.

Alex was my soul mate for 40 years and it is very hard to cope with losing him. Everything that I did for him I did because he asked me to, and because I loved and cared for him too much to refuse."

After returning from Switzerland following her husband’s suicide, Sarah reported the circumstances of her husband’s death to the police and cooperated fully with their investigations. The Crown Prosecution Service decided that although they were satisfied there was sufficient evidence to prosecute her for the crime of assisting Alex’s suicide, it would not be in the public interest to do so.

However, this was not the only legal issue Sarah faced in the aftermath of her husband’s death. The rule of ‘forfeiture’ applies where a person unlawfully kills someone who they stand to inherit from. This rule includes cases where a person assists the suicide of someone from whom they will inherit. It precludes the person inheriting anything as a result of the death, unless a court is satisfied that justice requires that the rule is disapplied in that particular case.

Under Alex’s will, Sarah would have inherited assets worth £1.8m. However, having clearly helped Alex to end his life, Sarah would have been barred from receiving any of this, unless the rule of forfeiture was disapplied. In coming to his decision to apply relief from the forfeiture rule, Chief Master Marsh was influenced by Alex’s clear and informed decision to end his life, Sarah’s attempts to dissuade him before only assisting reluctantly, and her cooperation with the police.

Finally, and perhaps crucially, Alex had changed his will immediately before his death. His will had previously provided that if Sarah died before him, two charities would inherit what she would have received. This provision would also have applied if Sarah was barred from inheriting under the rule of forfeiture. This meant that there was a risk of the charities opposing Sarah’s application for relief from the rule, so that they could receive the assets in her place. Therefore, in place of the charities Alex substituted Sarah’s brothers, who he could be sure would not oppose her application, an expectation they fulfilled.

It is impossible to imagine what Sarah Ninian has been through – having to come to terms with the fact that her partner of 40 years had a terminal illness and not only wanted to end his own life, but needed and wanted her help. Since the death of her husband, Sarah has had to deal with the threat of criminal charges and the real possibility that she might not be able to inherit from him. For others in similar situations, this could mean losing their home.

However, it was Alex’s careful planning - not just for his own death, but for Sarah, the person he was leaving behind – that ensured she was able to inherit as he wished. By formally recording his reasons for wanting to end his life, by changing his will so as to remove the risk of opposition to Sarah’s application, and by having himself medically assessed as to his capacity to make both decisions, Alex put Sarah in the best position possible to succeed in her application to the court.

Other families are likely to find themselves in similar situations in the future, given that it is estimated one British person travels to Dignitas every eight days. If these families do not take legal advice enabling them to prepare for the legal issues arising after assisted suicide, they may find themselves caught by the rule of forfeiture that the Ninians managed to avoid. 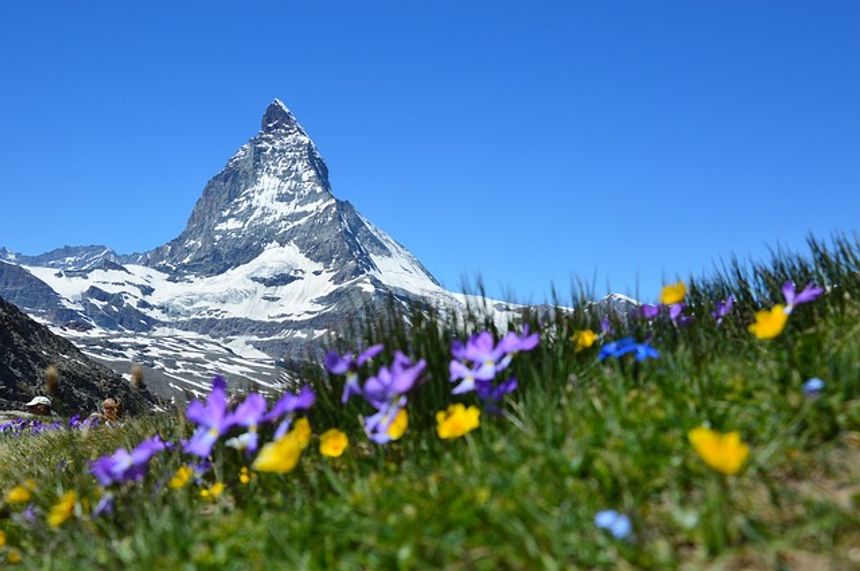 A woman who accompanied her husband to Dignitas will be allowed to inherit his estate having been granted relief from the forfeiture rule that would otherwise have disinherited her. A very sad case highlighting the difficult issue of assisted dying. https://t.co/a0ejJ8x2N0 pic.twitter.com/pLZwxxSz1u

Chief Master Marsh offers relief from forfeiture in case of wife who accompanied her husband to Dignitas, so that she can inherit from him.
Describes it as "a compelling case" for such reliefhttps://t.co/WeKYW1CsUQ

Woman who accompanied her husband to Dignitas will inherit his £1.8 million estate, judge rules in test case - The Telegraph https://t.co/M7IjHtQNkB

Very happy to comment on this interesting legal case but always think it's very sad people feel they have to travel to Switzerland when we have the best Hospices & Palliative Care in the world here in the UK ⁦@hospiceuk⁩ ⁦@DyingMatters⁩ #EOLC https://t.co/ffKRks0F2m