Following the death of fashion designer Karl Lagerfeld on Tuesday, attention has quickly turned to his beloved Birman cat, Choupette.

Lagerfeld, who has been the creative director of Chanel for over 30 years, died in Paris on Tuesday aged 85 years old.

Lagerfeld adopted Choupette in 2011 and ever since, she has enjoyed nothing short of a lavish lifestyle. It is reported that Choupette has her own bodyguard, personal chef and two maids. In addition, she has enjoy success in her own right modelling for Vogue and maintaining a thriving social media presence including her own blog, Instagram and Twitter accounts.

In 2013, Lagerfeld reportedly commented that if he could marry Choupette, he would.

Unsurprisingly therefore, during an interview with Numéro in April 2018, Lagerfeld assured readers that among others, Choupette is named as an heir to his £150 million fortune.

Although under English law it is not possible to make outright gifts to pets, I have no doubt that Lagerfeld will have taken steps to ensure that Choupette will be well cared for long after his death.

I am eternally grateful for the life and love he gave me through adoption. I will never forget the moments we’ve shared together traveling, exploring, and creating. May Daddy Karl Lagerfeld’s memory live on forever through his work and may we never forget the creative genius who now sits in heaven beside Mommy Coco Chanel. - Choupette Lagerfeld, 19 February 2019 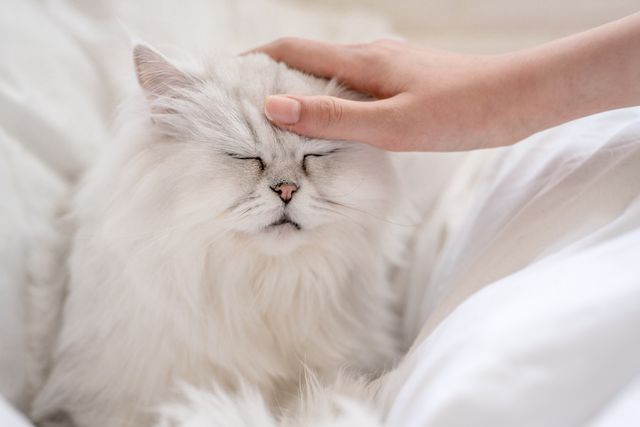 Karl Lagerfeld and his beloved pet cat Choupette starred in a self portrait on the limited-edition cover of our October 2013 issue. The legendary designer passed away in Paris today. https://t.co/nghkaj08pb pic.twitter.com/lVNnrpUQfi

Karl Lagerfeld, who died in Paris on Tuesday, had a legendary bond with his cat, Choupette. He even designed an entire collection based on her: https://t.co/ZN4SsrMOEI pic.twitter.com/ww3smVlONm

May Daddy @KarlLagerfeld’s memory live on forever through his work and may we never forget the creative genius who now sits in heaven beside Mommy Coco Chanel. https://t.co/TiEVJ73uRL pic.twitter.com/TG6rOgJTnO

Is Karl Lagerfeld’s cat Choupette the most pampered animal in fashion? https://t.co/9FXnbfbimA