A recent statistic released by the Office for National Statistics shows that the number of cohabiting couples with children has increased by 132% since 1996, to around 1.3 million.

The review of the implications for those couples that break up is discussed in the Guardian and my colleague, Rebecca Harling, also discusses this in commentary today. Of interest in the article is the comment that those in such relationships would actually fare better financially should their partner die than if they were to leave them.

Under section 1(1A) of the Inheritance (Provision for Family and Dependents) Act 1975, a person who, during the whole of the period of two years ending immediately before the date when the deceased died, was living in the same household as the deceased - and was living with them as the husband or wife of the deceased - will have a claim if they can show that the current provision for them (by will or as a result of intestacy) fails to make reasonable financial provision. However, for a cohabitee under this section the provision they would be seeking only relates to their ‘maintenance’.

In an intestacy situation where there are children of the deceased, the children would benefit. The cohabiting partner (even if they are the surviving parent of those children) would not benefit at all. This leads many to the uncomfortable situation where they are effectively forced to bring an Inheritance Act claim against their own children for provision from the estate. This can be particularly complex and upsetting where those children are minors, as they require their own Litigation Friend to act in their interests.

Bringing such a claim can be stressful for partners, and is often made more stressful by the attitude of the deceased’s family members. Where there are adult children from a previous relationship, or a sibling or even parents that stand to inherit, accusations can be made that the relationship was ‘on the rocks’, ‘already over’ or that the living arrangements were entirely separate and was just convenient ‘for the sake of the minor children’. This makes the claim more difficult and upsetting.But it does not mean that a claim will be unsuccessful, and the financial arrangements of the cohabitation will be important as well as, of course, the evidence from the survivor.

The key message to cohabiting couples is to make a will to deal with those assets not already in joint names (which will pass to the survivor) or those that cannot be put in joint names. No one likes to think their relationship will fail, but for those who have no desire to get married, a will is the best way to provide for the surviving partner.

Not knowing your rights – or lack thereof – can be costly. If you drift through a long-term relationship making financial sacrifices and expecting you’ll automatically be compensated or taken care of in the event of a break-up, you could be in for a nasty shock. Ironically, you have more chance of financial provision for yourself if your partner dies, as a dependent claiming under inheritance law, than you do if they break up with you. 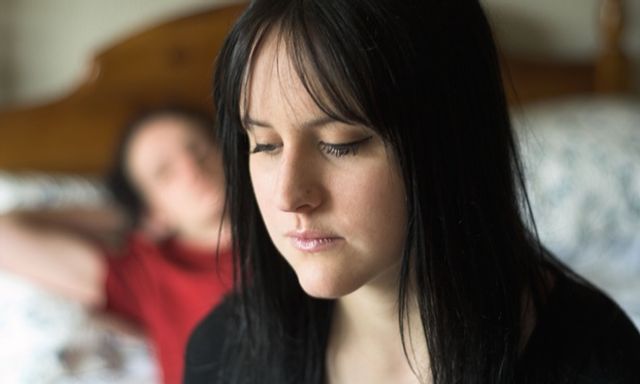 Women: if you’re cohabiting, it doesn’t give you the same rights as a wife | Ayesha Vardag https://t.co/GRymYftxBZ

Lest the headline causes confusion, same goes for you chaps..... #familylaw #equality #marriagehttps://t.co/F30pZ2iqXg